More than 60 members of the Almighty Latin King and Queen Nation — commonly known as the Latin Kings — are facing federal charges after the FBI and other agencies carried out a large-scale bust Thursday morning, officials said. Members of the gang’s East Coast leadership are among those charged, according to authorities.

Joe Bonavolonta, special agent in charge of the FBI’s Boston division, said it was the “largest takedown” in the division’s history. Massachusetts U.S. Attorney Andrew Lelling called the Latin Kings “one of the largest criminal organizations in the world.”

Many of those arrested Thursday morning appear in numerous YouTube rap videos, wearing the Latin Kings colors (black and gold), flashing gang signs, and rapping about drugs and murder.

“I’ll be down to ride, I’m talking homicide, put like 30 in the clip and let them bullets fly,” one man raps in a video called “Chronicles.” Another video shows the same man sitting at a table, packaging cocaine base for distribution, officials said.

Other videos were shot at locations where Latin Kings members were murdered and feature threats to other gangs, court documents say. Officials believe some lyrics are admissions of shooting other gang members.

More than 500 law enforcement agents began making arrests around 4 a.m. Thursday after the four-year investigation into the gang. In total, 62 alleged gang members were charged — nine of which were already in custody and eight of which are now fugitives. All those charged were identified by their full names as well as nicknames such as King Nasty, King Fruity, and King Clumsy in charging documents.

The charges range from RICO conspiracy to drug trafficking and firearms abuses.

“To get at gang leadership, you almost always need a highly placed cooperating source,” he said. “If you don’t have that, it’s very difficult to get the leaders.”

According to the U.S. Department of Justice, there are 11 active Latin Kings chapters in Massachusetts. Criminal activity in the eastern region is alleged to be overseen by 40-year-old Michael Cecchetelli, also known as King Merlin.

Cecchetelli allegedly reigned over 14 states, from Massachusetts to Florida, pulling the strings from his Springfield home.

His orders were often violent, Lelling said, “including ordering the murder of those who questioned his authority and authorizing various levels of violence against anyone cooperating with law enforcement.”

Bonavolonta said law enforcement learned of the gang’s planned violence over and over throughout the investigation.

“Time after time, we uncovered their planning of brazen acts of violence against those who ran afoul of the gang’s manifesto and constitution,” he said.

Those of Thursday’s arrests that happened in Massachusetts were in Boston, Lowell, Springfield, Fitchburg, Chelsea, New Bedford, and Worcester. Dozens of firearms, including machine guns and sawed-off shotguns, were seized, as well as six cars, six motorcycles, three jet skis, an ATV, various drugs, and about $38,000 in cash.

Two missing children, boys 14 and 16, were also recovered during the operation.

Three houses in New Bedford were seized that Bonavolonta said the Latin Kings “were using as trap houses to store and sell illegal narcotics, stash firearms, and shoot music videos posting about their love of violence.”

“Having taken out most of the leadership, it’s extremely difficult for the gang to regroup in this region and time soon,” he said. “It puts us a step ahead of them regionally — for once.” 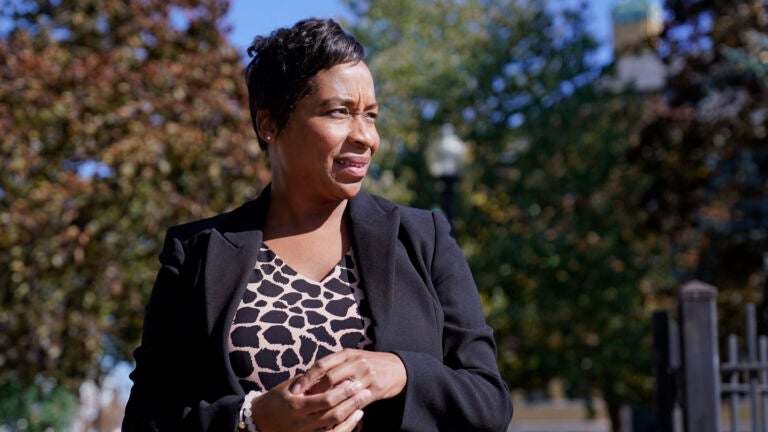