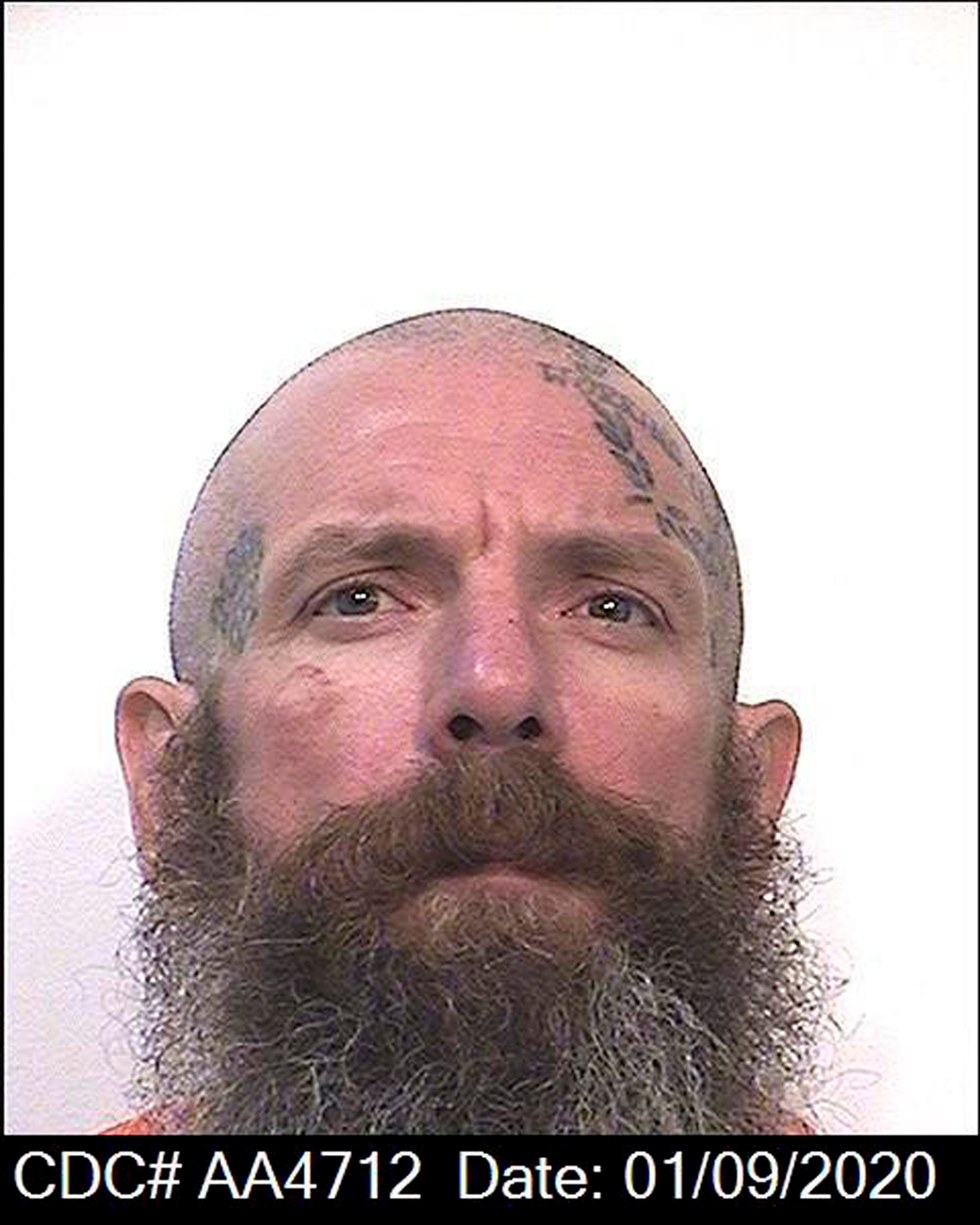 CORCORAN, Calif. (AP) — A California inmate serving a life sentence for murder confessed in a letter that he beat to death two child molesters with another inmate’s cane hours after a prison counselor ignored his urgent warning that he might become violent.

In a letter to the Bay Area News Group, Jonathan Watson, 41, said he clubbed both men in the head on Jan. 16 at the California Substance Abuse Treatment Facility and State Prison in the small central California city of Corcoran.

The first attack occurred after Watson became enraged that one of the sex offenders was watching a children’s television show, the East Bay Times reported Thursday.

Prisoner David Bobb, 48, died that day. Graham De Luis-Conti, 62, died three days later at a hospital. Both were serving life sentences for aggravated sexual assault of a child under 14.

Days before the attack, Watson said his security classification was changed and he was transferred from a single-person cell to a lower-security dormitory pod at the Central Valley facility. Watson called the switch a “careless” mistake and said he left “quite a paper trail” protesting it.

Watson, who is serving a life sentence for a 2009 murder conviction, wrote that six days after he arrived at the prison, a child molester moved into the pod. Watson believed the man began taunting other inmates by watching children’s television programming.

“I could not sleep having not done what every instinct told me I should’ve done right then and there, so I packed all of my things because I knew one way or another the situation would be resolved the following day,” he wrote.

Two hours before the attacks the next day, Watson told a prison counselor that he urgently needed to be transferred back to higher-level security “before I really (expletive) one of these dudes up,” but the counselor “scoffed and dismissed” him, the letter says.

Watson said he returned to his housing pod.

“I was mulling it all over when along came Molester #1 and he put his TV right on PBS Kids again,” he wrote, according to the newspaper chain. “But this time, someone else said something to the effect of ‘Is this guy really going to watch this right in front of us?’ and I recall saying, ‘I got this.’ And I picked up the cane and went to work on him.”

Watson said he then left the housing pod to find a guard and turn himself in, but on the way, he saw “a known child trafficker, and I figured I’d just do everybody a favor,” Watson wrote. “In for a penny, in for a pound.”

Watson said he then told a guard, who didn’t believe him “until he looked around the corner and saw the mess I’d left in the dorm area,” Watson wrote.

Dana Simas, a spokesman for the California Department of Corrections and Rehabilitation, wrote in an email that the agency can’t comment on an active investigation.

Watson is in segregated housing while he is under investigation for the killings. He hasn’t been charged yet.

It’s the second time this year that claims have been made that decisions by California corrections officials led to a homicide. The family of Rodney DeLong filed a federal lawsuit last month alleging officials at High Desert State Prison were wrong to place DeLong in a cell with an Aryan Brotherhood member already accused of killing another inmate. The suit says DeLong was listed in prison records as an “enemy” of the Aryan Brotherhood and was stabbed to death within a half-hour of being placed in the cell.

Watson’s letter came in response to a request from the newspaper for a telephone interview, but Watson said he is only allowed to communicate in writing.

“Being a lifer, I’m in a unique position where I sometimes have access to these people and I have so little to lose,” Watson wrote. “And trust me, we get it, these people are every parents’ worst nightmare.”