A Worcester man allegedly picked up an intoxicated woman in his car on State Street in Boston one night in December, raped her, and then used her debit card the next morning, according to prosecutors.

Alois Mutare, 42, pleaded not guilty to charges of rape and five counts of larceny in Suffolk County Superior Court last week, where he was released after posting a $25,000 surety, the Boston Herald reports.

A judge ordered Mutare to stay out of Boston and to refrain from working as a ride-share driver, according to the newspaper.

Prosecutors allege Mutare picked up the 25-year-old woman in his car on Dec. 21 after the woman had been drinking at nearby bars.

Video surveillance shows Mutare pulling up next to the woman in his vehicle and helping her in, officials said.

The woman could allegedly be seen crawling out of one of the parked car’s back doors until Mutare took out a towel from the trunk for her, the Herald reports. She then re-entered the vehicle, and Mutare drove away, prosecutors said.

At a Cambridge hospital, the woman later told Boston police she did not remember where she went after she left the bar and was experiencing vaginal pain. She said she remembered being in a back seat and a man hovering over her, according to prosecutors.

Her debit card was used the following morning at a Target in Somerville, two ATMs, and a Cambridge Dunkin’, the newspaper reports.

Authorities stopped Mutare near Faneuil Hall the following weekend after using surveillance footage to identify him, according to the Herald.

Mutare waived his Miranda rights and told police he and the woman had consensual sex during a break between making Postmates deliveries and after he shared a cigarette with her, but denied having vaginal intercourse, prosecutors said.

Mutare’s attorney did not immediately return a request for comment to the Herald. Mutare is due back in court in April. 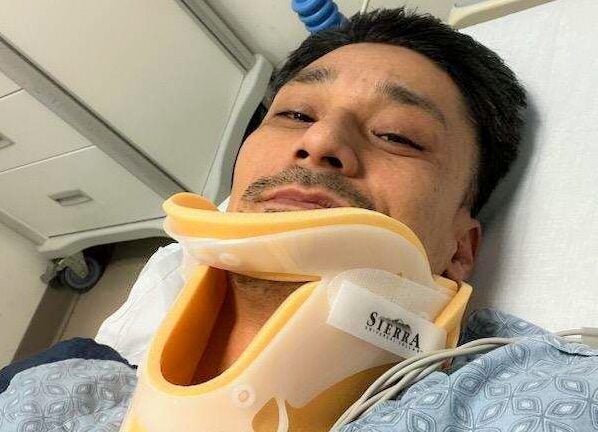