Police reported seizing 4,294 bags of heroin, 450 bags of cocaine and cocaine base, and nearly $4,000 in cash from a car in Holyoke Wednesday.

Jose Gonzalez, 46, of Walnut Street, and Meighan Plourde, 32, of Elm Street, were arrested on drug trafficking charges around 4 p.m. when the 2006 BMW they were traveling in on Forestdale Avenue was stopped by Holyoke police and members of the FBI’s Western Mass. Gang Task Force, Holyoke Lt. James Albert told MassLive.

Inside the BMW, authorities found the drugs along with $3,923 in cash and numerous two-way radios, Albert told the news outlet.

Both Gonzalez and Plourde were charged with trafficking in 100 grams or more of heroin and possession of cocaine with intent to distribute, MassLive reports.

According to Albert, Gonzalez, who was behind the wheel of the BMW, was additionally charged as a habitual traffic offender for operating after a license revoked, among other motor vehicle-related charges.

The pair was slated to be arraigned in Holyoke District Court. 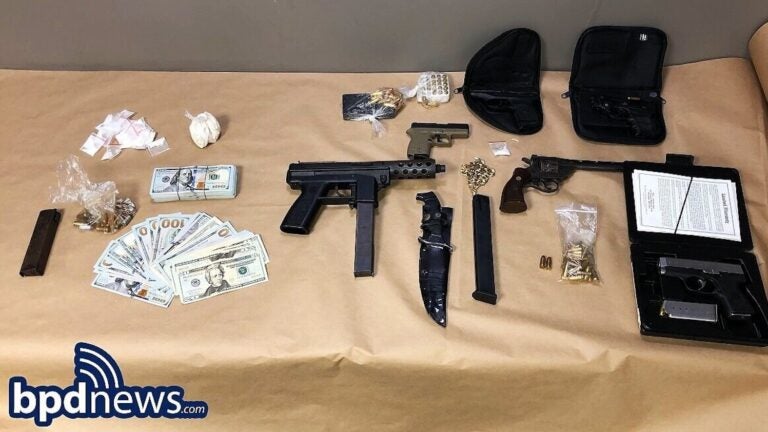