A Lynn woman is facing multiple civil rights violations, among other charges, after she allegedly drove her car toward a group of women and children and shouted racial slurs at them in Vinnin Square in Swampscott in late July.

Rhonda Wozniak, 60, pleaded not guilty to eight counts each of civil rights violation and assault with a dangerous weapon, plus one count each of disturbing the peace and disorderly conduct, during her arraignment Thursday in Lynn District Court, the Essex County District Attorney’s Office said in a release.

Bail was set at $1,000; Wozniak was also ordered to stay away from the victims. She’s set to return to court for a pre-trial hearing on Oct. 19, the release said.

Back on July 28, the group of three women and five children were heading to their cars after they went to Cookie Monstah on Paradise Road when Wozniak allegedly sped toward them in a white Ford Escape and “came dangerously close to them,” authorities said.

“When one of the women asked her to slow down, the woman, who is white, shouted racial insults and slurs at them and told them to go back where they came from,” the release said.  “The women, who are black, reported the incident to the police shortly after.”

“This behavior has no place in this community,” Madigan said in the release. “This incident is particularly troubling given that children were present and were subject to vile racial slurs.  I am hopeful that our response to this incident sends the message that this behavior will not be tolerated in Swampscott.” 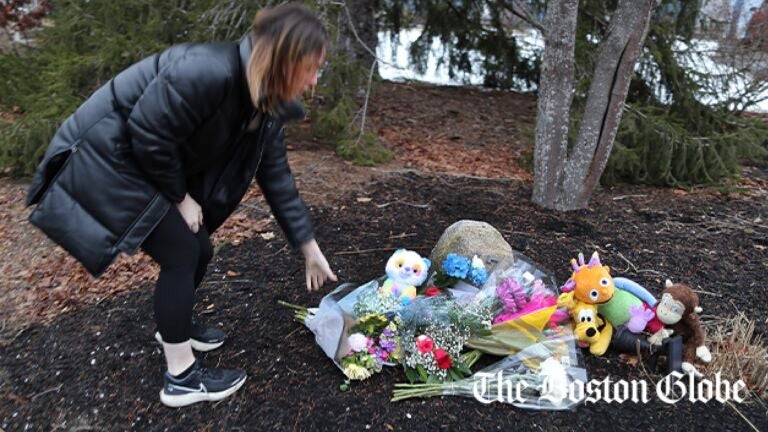