The attacks have come without warning.

The assailant usually approaches the targets from behind after dark — after waiting for the victims to appear, authorities say. When finished, the suspect — face draped with either a hooded sweatshirt or eclipsed by a mask — leaves quickly, they say.

On the streets of Waltham since Nov. 10, there have been at least 10 men who have suffered the unprovoked violence brought by the unknown perpetrator, or potentially several, who likely yielded some sort of blunt object to do the damage, police say.

An 11th case was brought to investigators, but they have so far been unable to confirm the incident, which allegedly happened Friday night, making it the most recent to be reported. But officials say the same trappings are there: a surprise assault that left another possible victim with injuries to his face.

“There is definitely a fear factor in our city right now. We’ve never experienced anything like this,” Waltham Police Det. Sgt. Stephen McCarthy, the lead investigator probing the bizarre string of attacks, told reporters Tuesday. “I’d be lying to you if I said I’m not losing sleep at night, you know, coming into work. This is an awful situation.”

The initial attacks occurred within the Gardencrest apartment complex on Middlesex Circle. Subsequent assaults have been reported in the downtown area, around Chestnut and Charles streets, police said.

Working off anonymous tips, rough descriptions of a potential suspect from victims, and two surveillance video clips of a possible perpetrator, police on Tuesday sought to bolster the public’s help through offering a $5,000 reward for information about the serial incidents.

🚨 $5,000 REWARD now being offered for any info. regarding the unprovoked, random assaults at various locations in our city since Nov. 10th. @WalthamMAPolice have increased downtown patrols of officers in uniform & plain clothes/on foot & in cars: https://t.co/zfiGHMpj59 pic.twitter.com/0e4SrBIURT

Authorities have also increased patrols of the city’s downtown with both uniformed and plain clothes personnel roaming in vehicles and on foot, according to Chief Keith MacPherson. Additionally, the department has deployed several drone units in hopes of tracking a suspect should there be another attack.

Authorities are considering a couple of persons of interest but do not have a clear suspect in mind, MacPherson said.

“We have gotten some tips, some leads through our anonymous tip line, which we’re poring through now trying to get more information on the suspect,” he said during a press conference. “But as to this point, right now, we do not have a specific suspect.”

As for a possible motive, that too remains “somewhat in question,” he said.

“It appears to be a thrill of the assault or someone who’s like very violent and enjoys seeing someone hurt by this,” the chief said.

What we know about the attacks

While the attacks have expanded to locations across the city since the initial assault, police said the nature of each has remained the same.

The suspect involved appears to “be lying in wait for the victims, intentionally selecting victims who were distracted or otherwise unaware of the attacker’s presence,” according to MacPherson. All incidents have occurred after dark, the earliest at 5:30 p.m. and the latest around 11:30 p.m.

“It happens real quickly,” MacPherson said. “(The victims are) frequently knocked down, and the suspect takes off afterwards.

“There’s never been a robbery,” he added. “It’s always been just an assault.” The injuries have been “pretty substantial” and have included facial fractures and lacerations, he said.

Investigators believe the injuries could not have been dealt by a fist alone. Some victims were hospitalized; of those who were, all have been released.

The men who were attacked are racially diverse and range in age from 20s to late 40s, MacPherson said.

“In all cases, people are being approached from behind, whether they’re getting into the car or, you know, walking their dog — that was one instance — but they’re all surprise attacks,” he said. “And as far as identifying this person, one trait in common: They’re usually in like a hoodie-type attire that’s tucked down pretty tight, so it’s tough for the victim to get a good description before the person flees the area.”

McCarthy said Waltham authorities contacted the Boston Police Department’s gang unit to explore whether the attacks could be gang-related, particularly as part of an initiation process, but they were told Boston law enforcement had not seen anything that resembled this activity before. Massachusetts State Police are also assisting Waltham authorities.

Asked when was the last time Waltham experienced similar crimes, MacPherson recalled a string of assaults and robberies in the Moody Street area in 2013. Most of those charged were local juveniles.

As for the latest attacks, MacPherson thinks those close to the suspect could be aware of what’s going on, he said.

“It is probable that these incidents aren’t occurring in a vacuum — that the suspect or suspects are sharing the information with people they’re close to,” he said Tuesday.

What we know about a potential suspect A suspect was caught on surveillance video footage shared by Waltham police.

Despite the the attack-from-behind approach of each incident, investigators have been able to piece together a description of a suspect based off reports from multiple victims, according to MacPherson.

Authorities said an alleged perpetrator has been described as a Black man between 5’5″ and 6 feet tall and weighing 160 to 180 pounds. In a social media post Nov. 20, after five attacks were reported around the Gardencrest complex, police said an assailant was seen wearing black clothing.

Last week, police released brief surveillance video clips of one suspect while asking for the public’s help in identifying the individual caught on camera. The person is seen walking in one clip and running in the other.

What else the community should know

On Monday, Mayor Jeannette McCarthy told residents to take caution if they are outside of their homes.

“I want to ask you, please use the buddy system,” McCarthy said. “Unless you have to go out, don’t go out. If you do go out, please keep very much aware of your surroundings. Please, no cell phones in your ears. No radios in your ears.”

Mayor weighed in Monday on a series of alarming unprovoked attacks on male victims that have attracted national attention. pic.twitter.com/EtDC8WjIMi

Det. Sgt. McCarthy urged people to remain alert while in public, but emphasized he was “very confident that we’re going to work through this.”

“We’re going to find the people or persons that are responsible for this,” he said. “To the people that are scared: Although these acts are going on right now, I believe the citizens in Waltham still live in one of the safest communities in the commonwealth. And we will get this done.” 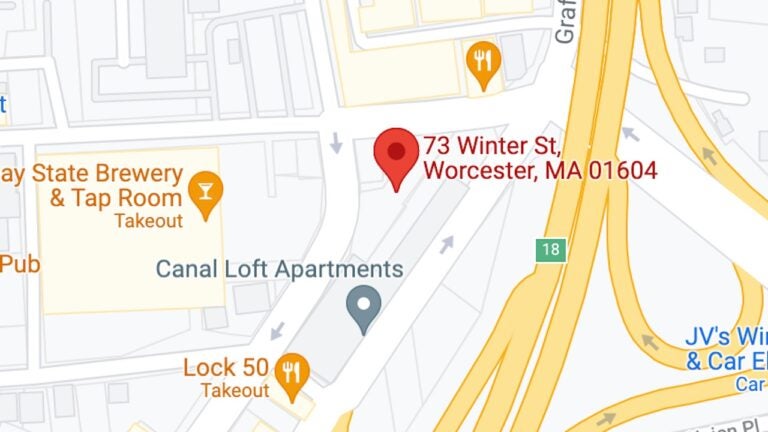 Worcester man accused of stabbing veteran in eye outside bar