After The Washington Post on Sunday published an extraordinary phone call between President Donald Trump and Georgia Secretary of State Brad Raffensperger, R, many observers shared one question: Did Trump break the law?

During that hour-long call on Saturday, Trump urged Raffensperger to “find” enough votes to overturn his defeat and threatened him with vague legal consequences, seemingly encouraging his fellow Republican to fix the election results.

As the sole Democrat on Georgia’s state election board on Sunday urged Raffensperger to investigate the president over the call, some lawyers and legal scholars say Trump’s actions indeed appeared to violate both state and federal criminal statutes.

On social media, much of the conversation among legal observers and Trump critics revolved around a federal statute, 52 U.S. Code 20511, that makes it a crime to “knowingly and willfully” deprive or defraud a state’s residents of a free or fair election — or to attempt to do so.

Eric Holder, the former attorney general under President Barack Obama, shared the text of that statute on Twitter on Sunday. “As you listen to the tape consider this federal criminal statute,” Holder wrote.

The question, according to Justin Levitt, a law professor at Loyola Marymount University, is whether Trump was “knowingly and willfully” pressuring Raffensperger to count nonexistent votes when he told the GOP official, “I just want to find 11,780 votes.”

In other words: Does Trump actually believe that 11,780 ballots in his favor were cast but not counted?

Considering that two recounts, an audit and several judges have upheld President-elect Joe Biden’s win in Georgia, Levitt said it is clear Trump was not actually pushing for an “honest tally” of the votes.

“Either the president was engaged in the commission of a felony,” he said, “or he has lost his hold on reality such that he can no longer distinguish fact from the fictions he has been fed.”

Since 52 U.S. Code 20511 was adopted as part of the National Voter Registration Act of 1993, it has been used sparingly by federal prosecutors. It was used in 2005 to go after Milwaukee grandmother Kimberly Prude, who voted illegally in the city while still on probation. But Levitt said there is no precedent to use it against someone of Trump’s stature.

Other legal scholars said that Trump possibly violated 18 U.S. Code 241, which makes it illegal to participate in a conspiracy against people exercising their civil rights. That longstanding statute has been used frequently to prosecute acts of voter intimidation, especially those committed by the Ku Klux Klan against Black voters.

But charging Trump under that code would require prosecutors to show that someone else on the phone call was also aiding and abetting a scheme, Levitt said.

Additionally, Trump’s apparent threat of criminal consequences if Raffensperger failed to act could be seen as an attempt at extortion, The Post reported.

On the state level, Trump’s call could also have violated a Georgia statute.

Leigh Ann Webster, a criminal defense attorney in Atlanta, told The Post that in Georgia, Trump could run afoul of a state law that makes it illegal to cause someone else to partake in election fraud — by soliciting, requesting, or commanding it.

That’s the same statute cited on Sunday by David J. Worley, the Georgia election board member who asked Raffensperger to investigate Trump. In his email to the GOP official, Worley said that “probable cause” may exist to find violations of that law.

“It’s a crime to solicit election fraud, and asking the secretary to change the votes is a textbook definition of election fraud,” Worley said in an interview with The Post.

The argument may be more straightforward compared to a potential federal case. Under the Georgia statute, Webster said the crime would be merely asking someone else to partake in one of several forms of election fraud, including interfering with the secretary of state’s handling of an election.

But because such matters at the state level have rarely been interpreted in court, “none of this is bulletproof,” she said.

And whether Trump broke federal state law, it’s a different question of whether any prosecutor would try to charge him.

Until Biden is sworn in on Jan. 20, legal scholars say there is virtually no chance of federal charges being filed. Besides the short time frame, Levitt said, the Justice Department maintains a long-standing principle that a federal prosecutor may not prosecute a sitting president.

No such principle exists once a commander in chief is out of office. Yet under a Biden administration juggling a bevy of competing priorities, going after Trump in the courts could be a politically fraught choice.

Trevor Potter, a Republican and former Federal Election Commission chairman who was appointed by President George H.W. Bush, told the New York Times “there is a good argument” that Trump had been pushing for a fraudulent vote count during the call.

“But even if the Biden Justice Department thinks they have a good case, is that how they want to start off the Biden presidency?” he said. “That is a policy decision.”

The Washington Post’s Amy Gardner contributed to this report. 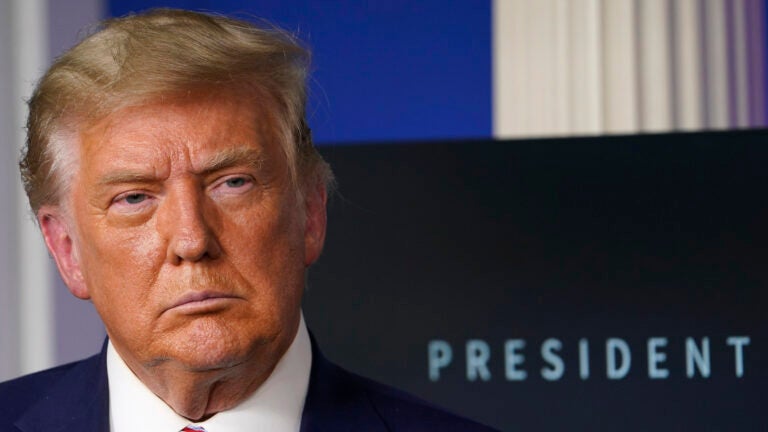 In extraordinary hour-long call, Trump pressures Georgia secretary of state to recalculate the vote in his favor