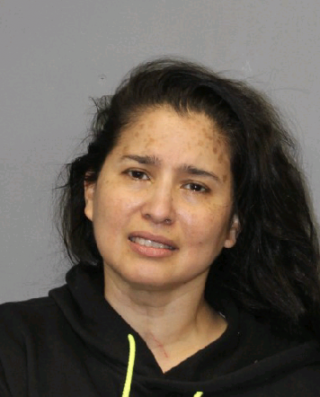 Years of fighting between Christine and Michael Ricci came to a sudden end last week when, authorities allege, the former fatally stabbed her husband, a longtime Boston firefighter, with a kitchen knife in their Marshfield home.

Christine, 46, was charged with one count of murder, after police arrived at the 679 Moraine St. residence on Jan. 28, according to the Plymouth County District Attorney’s Office.

Police reports filed in Plymouth District Court illuminate a marriage burdened with verbal and physical altercations in recent years, brought on and driven by mental health issues and alcoholism, The Boston Globe reports.

The mother of three was slated to appear in court Friday, but she collapsed during her arraignment and was brought to a hospital.

A judge postponed the hearing until Monday, when Christine ultimately pleaded not guilty.

“We are all in shock,” a relative of Michael, 51, told The Boston Herald, but he declined to comment further.

A neighbor, Brook Howard-Keane, told the newspaper she was surprised to hear about the allegations, calling the pair a “wonderful” couple.

Michael was a Gulf War veteran and once had a second job that he left to spend more time with his family, Howard-Keane said.

“Something terrible happened,” she said. “It’s hard to process that something like that could happen to wonderful people. To see a young family fall apart like that and to have those kids without parents now is extremely hard.”

Marshfield police received a 911 call reporting a medical emergency at the family’s home around 4:46 p.m. on Thursday, Jan. 28.

Officers and emergency medical personnel at the scene found a man — who was identified as Michael — suffering from stab wounds, according to the district attorney’s office. He was brought to South Shore Hospital and pronounced dead.

Christine was arrested following an investigation by the Massachusetts State Police detectives assigned to the district attorney’s office.

According to the Globe, police wrote in a report that officers found the couple’s 16-year-old daughter standing over Michael, who was on the floor with Christine, when they arrived at the home.

Christine allegedly told authorities she thought Michael was experiencing a manic episode, the report says. Scared, she allegedly grabbed a knife “in an attempt to scare him,” police wrote.

“She said that he suddenly lunged at her and the knife went into his chest,” police wrote. “Christine stated Michael came at her and she held the knife out.”

The daughter told authorities her parents were arguing when she arrived home from school that day, and she went to her room, according to the Globe.

“Her parents were arguing and she was accustomed to this,” police wrote. “Her father was previously an alcoholic and now sober and her mother was currently taking medication for her mental illness. … She described the arguments as being mutual, meaning that both were at fault.”

A few hours later, her mother called for her to come downstairs, authorities wrote.

“When she came downstairs she could see her father on the floor by the steps leading to the step-down living room,” the report reads. “Christine Ricci was next to Michael and screaming uncontrollably and telling her to dial 911.”

The daughter did not see any sign of a physical struggle or injuries suffered by her father, according to the Globe. Only when paramedics were treating Michael did it become clear that he had been stabbed, authorities wrote.

What the couple’s sons told police

Investigators spoke to the couple’s two sons, who described fights between their parents in past years, according to police reports.

“Both sons explained their parents’ relationship as being bad and unhealthy with physical and verbal altercations that the couple had had over recent years,” police wrote.

One son recounted how he intervened to prevent his mother from stabbing his father during a 2019 argument, the Globe reports.

He thought he calmed both of them down, he said. But his mother launched her attack again with a knife, according to police.

“He grabbed his mother and stopped her from stabbing his father,” police wrote.

Another son told investigators his mother attempted suicide with a knife in prior years, authorities wrote.

What happened in court 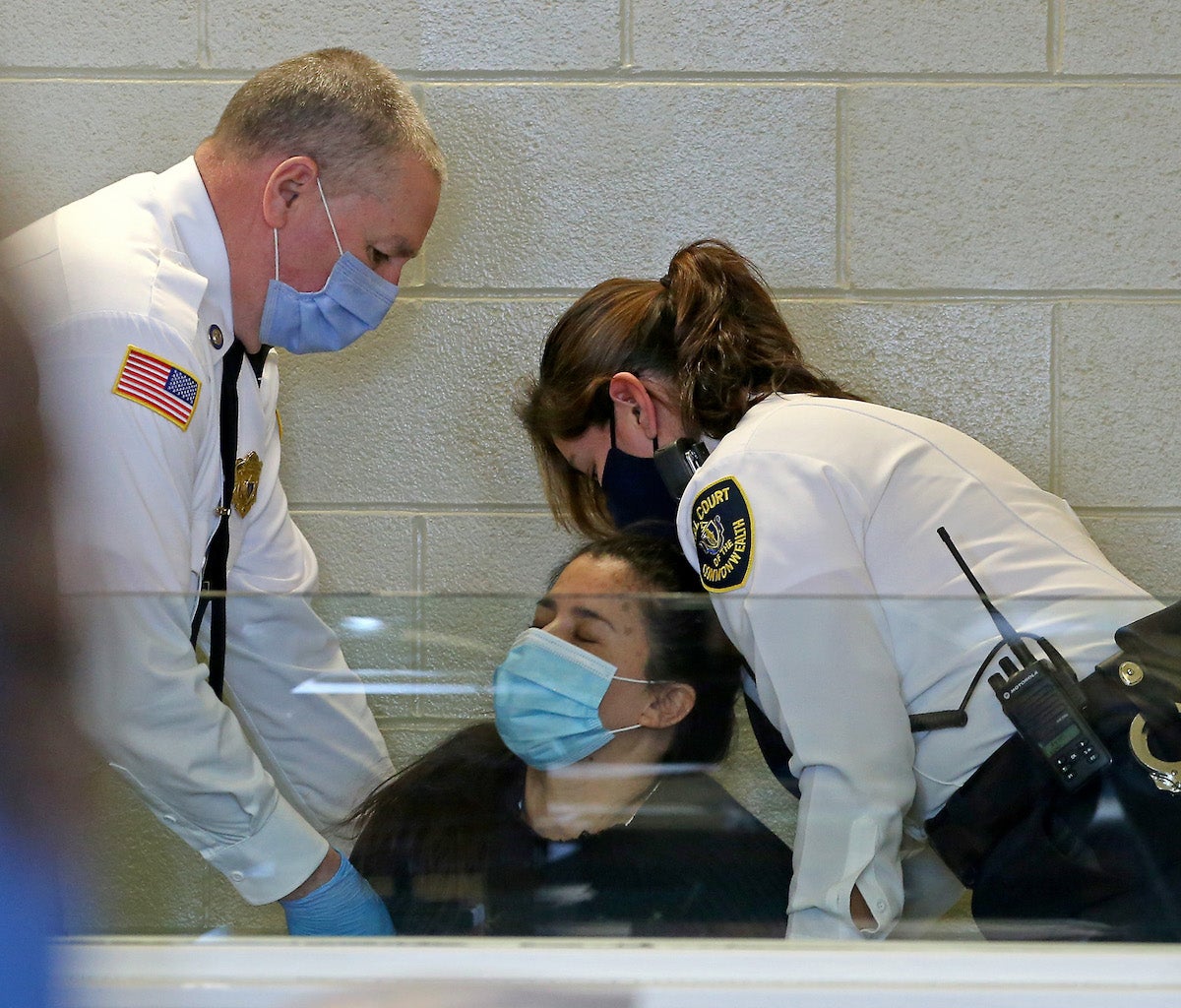 Christine Ricci, 46, of Marshfield, collapsed as she was arraigned on Jan. 29.

Christine appeared in Plymouth District Court briefly for a scheduled arraignment on Friday but collapsed during the hearing.

Beth Stone, a spokeswoman for the district attorney’s office, told the Globe that Christine was brought to a hospital for treatment.

Judge Franco Gobourne ordered her held without bail pending an arraignment on Monday.

Christine was also held for allegedly violating probation, the Globe reports. She was charged in March last year for disturbing the peace and trespassing, according to the newspaper, which reported details of that incident were not readily available on Friday.

In court Monday, Christine pleaded not guilty and was held without bail, according to WHDH. She is due back in court on March 1.

In a statement, the Boston Fire Department said Michael served the city for over two decades.

“This is an awful tragedy,” the statement says. “Michael was a valued member of the Boston Fire Department for 23 years. He will be greatly missed. Our thoughts and prayers go out to him and his family.”

The members of Rescue Company 2 are saddened to learn of the tragic death of Brother Michael Ricci, Aide to District 9. Please keep Mike’s family in your thoughts and prayers. #bfde42r2d9 pic.twitter.com/JylUx9vj2u