The owners of the truck involved in a crash in New Hampshire in June 2019 that killed seven motorcyclists are facing charges of falsifying company driving logs, federal prosecutors announced Friday.

Dunyadar Gasanov, also known as Damien Gasanov, 36, was indicted on charges of falsification of records, conspiracy to falsify records and making a false statement to a federal official investigating the crash, according to a statement from the U.S. attorney’s office in Boston.

Dartanayan Gasanov, 35, was indicted on a charge of falsification of records.

Dartanayan Gasanov was released after an initial appearance in Springfield federal court Friday with conditions, including that he not leave Massachusetts and not seek employment as a commercial driver. Dartanayan Gasanov’s federal public defender said in an email that he had no comment.

Dunyadar Gasanov is wanted by law enforcement. No defense attorney was listed for him in online court records.

“The charges are the result of a review of Westfield Transport, Inc., following a crash involving one its vehicles that caused the deaths of seven motorcyclists in New Hampshire on June 21, 2019,” prosecutors said, but they did not link any of the allegations directly to that crash.

According to federal investigators, Volodymyr Zhukovskyy was driving a Westfield Transport vehicle and towing an empty flatbed trailer June 21, 2019, in Randolph, New Hampshire, when he crossed the center line on a rural, two-lane highway and crashed into a group of bikers, killing seven.

The bikers were members of the Jarheads Motorcycle Club, a New England group that includes Marines and their spouses. The victims were from New Hampshire, Massachusetts and Rhode Island.

National Transportation Safety Board investigators in the report released in December that Zhukovskyy had drugs, including opioids, in his system. They also said witnesses had reported him driving erratically.

The company had a history of violations, and NTSB investigators said the carrier exhibited a “substantial disregard for federal motor carrier safety regulations” and was a “motor carrier without regard for safety.”

The company had no corporate safety program, no drug testing program and no records showing it had a system for service and repairs.

A review by the Federal Motor Carrier Safety Administration also found more than two dozen violations by the company. But the NTSB said the safety administration could have done more to address the company’s shortcomings before the crash.

The NTSB also found that found the Massachusetts Registry of Motor Vehicles should have pulled Zhukovskyy’s commercial license just weeks before the crash when it received information from the Connecticut Department of Motor Vehicles about Zhukovskyy’s arrest in a parking lot in East Windsor after he failed a sobriety test.

Zhukovskyy, also of West Springfield, Massachusetts, has pleaded not guilty to negligent homicide and driving under the influence. He remains in custody as he awaits trial. 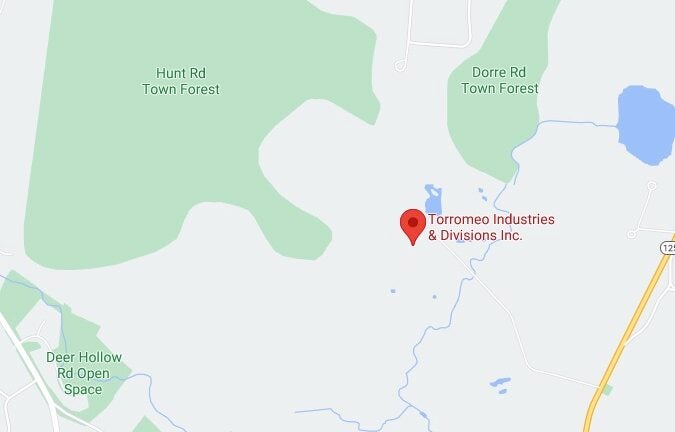 An explosive gender reveal in N.H. rocked nearby towns. Now, a man has been charged.