JACKSONVILLE, Fla. (AP) — Joe Exotic of “Tiger King” fame has found new attorneys who say they plan to file a motion for a new trial in a matter of months.

Joe Exotic, whose real name Joseph Maldonado-Passage, was sentenced in January 2020 to 22 years in federal prison for violating federal wildlife laws and for his role in a failed murder-for-hire plot targeting his chief rival, Carole Baskin, who runs a rescue sanctuary for big cats in Florida. Baskin was not harmed.

Maldonado-Passage’s new attorneys, John Phillips and Amy Hanna, plan to file a motion for a new trial in federal court in Oklahoma once the appeals process wraps up in a month or two, Phillips said in a phone interview Tuesday.

Phillips, who is based in Jacksonville, has previously represented former White House aide Omarosa Manigault Newman in a public brawl with President Donald Trump.

“This isn’t our first rodeo, so to speak,” Phillips said.

Maldonado-Passage had previously been represented by federal public defenders in the Oklahoma case.

Phillips wouldn’t say what arguments he plans to make in a motion for a new trial, but it will rely on footage, both aired and unaired, from the Netflix television series, “Tiger King: Murder, Mayhem and Madness.” Statements from the TV series that could have helped Maldonado-Passage weren’t presented to jurors during his trial, Phillips said.

“For sure, I know there is material in there that will help him out,” Phillips said.

Phillips said he became involved with the case after providing advice to the family of Don Lewis, Baskin’s former husband who disappeared in 1997. Lewis’ case remains open and a Florida sheriff last year assigned a detective supervisor to handle new leads.

The TV series extensively covered Maldonado-Passage’s repeated accusations that Baskin killed her husband and possibly fed him to her tigers. Baskin has never been charged with any crime and released a statement at the time refuting the accusations made in the series.

“I became familiar with all things ‘Tiger King,'” Phillips said. 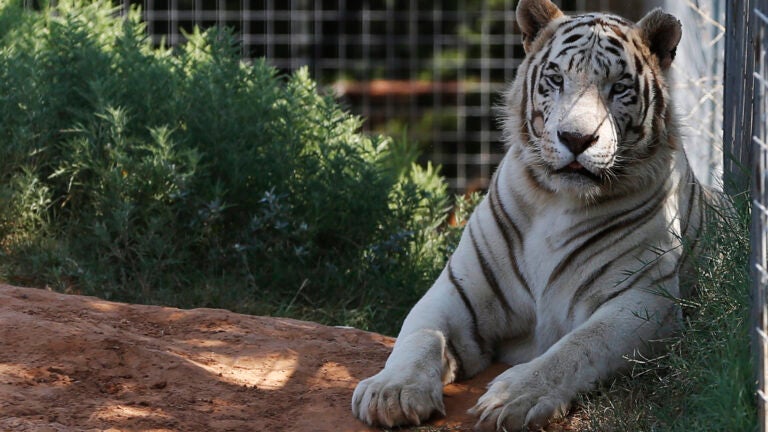