Prosecutors announced a breakthrough in a 37-year-old Pembroke cold case on Thursday after investigators were able to match DNA from the murder scene to a Brockton man who died last year.

DNA taken from the blood of Jesse Aylward, 58, who died in February 2020, matched with a male DNA profile extracted from items connected to the murder of Virginia Hannon, Plymouth County District Attorney Timothy Cruz, Massachusetts State Police, and Pembroke Police said in a press release.

Hannon was 59 years old when she was found strangled and stabbed to death on Feb. 13, 1984 in her West Street home, prosecutors said.

But even with a male DNA profile taken from objects in Hannon’s kitchen that were tied to her murder, genetic genealogy testing conducted by two companies did not yield any identifying information, officials said.

Investigators got a break in the case last year when a man contacted Pembroke police and reported that Aylward told him in early 2019 that he killed a person in Pembroke, according to Cruz’s office.

This is who police say killed Virginia Hannon in 1984. He’s Jesse Aylward of Brockton. He died in Feb of 2020 at age 58. Motive for this brutal murder is still unclear. pic.twitter.com/FVFVtDlyPf

Aylward had died the day before the man reached out to police, officials said.

“Detectives searched a dwelling off Crescent Street in Brockton where Aylward was believed to have been living,” Cruz’s office said. “State Police detectives assigned to the (district attorney’s office) sought a warrant to obtain the blood of Aylward from Brockton Hospital and it was transported to the (Massachusetts State Police) lab where analysts were able to determine Aylward’s DNA profile, which was then compared to the DNA found on the crime scene evidence and it was a match.”

Further testing was conducted on other items from the crime scene and prosecutors were notified on March 4 that no additional suspects were identified.

Cruz, in a statement Thursday, thanked law enforcement officials and prosecutors who remained committed to the case over the years and expressed his condolences to the Hannon family.

“I am hopeful that they finally find some peace and closure with this news,” he said.

37 years later, justice for Virginia Hannon. Thank you to all those who never gave up on finding her killer. pic.twitter.com/6LYMNb8bIn 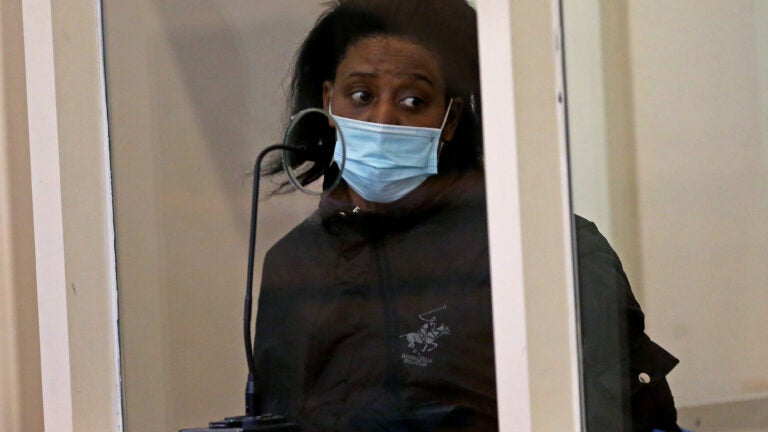