A Massachusetts man on Friday killed his domestic partner on a Maine beach, authorities allege.

Jeffrey Buchannan, 33, has been charged with the murder of Rhonda Pattelena, 35, both of Bedford, Massachusetts, according to Maine State Police. They have one child together, officials said in a statement.

Police in York, Maine, received several 911 calls around 3:54 p.m. Friday reporting a man assaulting a woman at Short Sands Beach, about 12 miles northeast of Kittery, “behind a large rock on the beach,” state police said.

Officers at the scene found and detained Buchannan and brought him to the York Police Department, according to authorities.

“The female party was located deceased behind a rock,” officials said.

York police called for assistance with the investigation from the Maine State Police Major Crimes Unit. At 9 p.m., detectives charged Buchannan and brought him to the York County Jail.

According to the spokesperson, the couple’s child was not in Maine at the time of the incident. As of Monday, investigators were still working to determine why the couple was in Maine on Friday, and Buchannan’s arraignment hearing had not yet been scheduled, the spokesperson said.

‘She was such a good person. She didn’t deserve this.’

Pattelena’s death has shocked and stunned her friends and family.

“She was such a good person. She didn’t deserve this. She didn’t,” Angela Patch, a friend, told WBZ. “She’s a very good mom. She has three kids, they’re her life.”

“It’s so just hard,” Patch said. “Her middle son is in denial. He doesn’t want to think his mom isn’t coming back.”

Those who knew Rhonda Pattelena (in red) best say her memory shouldn’t be tied to her brutal killing at a York, ME beach.

“She would want to be remembered for the great soul that she was. Very caring. Great mom. A great friend.”#WBZ at 11p. pic.twitter.com/yhlCrS8SP8

According to a GoFundMe online fundraiser, Pattelena left behind three sons, ages 17, 14, and 2.

“Rhonda was a beautiful, loving, caring, and generous person, she had such a big heart, she was always smiling and laughing,” the page reads. “She was so full of life.”

The fundraiser aims to raise money to help Pattelena’s family cover funeral expenses and support her children, according to the page. Friends say they are also seeking to have a bench made in her memory for the beach.

What locals said about the alleged murder

In York, residents were also alarmed to hear of Pattelena’s death.

“It was very sad. It’s not something that happens around here at all,” Georgie Knowles, a resident who works at a hotel near the beach, told Seacoastonline.com. “It’s absolutely horrible. I can’t even imagine. It’s a very quiet small town, especially in the winter months.”

Bob LaBlanc, of York, told the outlet he was unsettled by the senseless nature of the crime.

“I feel sorry for the woman,” he said. “What could’ve possibly caused that? It could happen to anybody.” 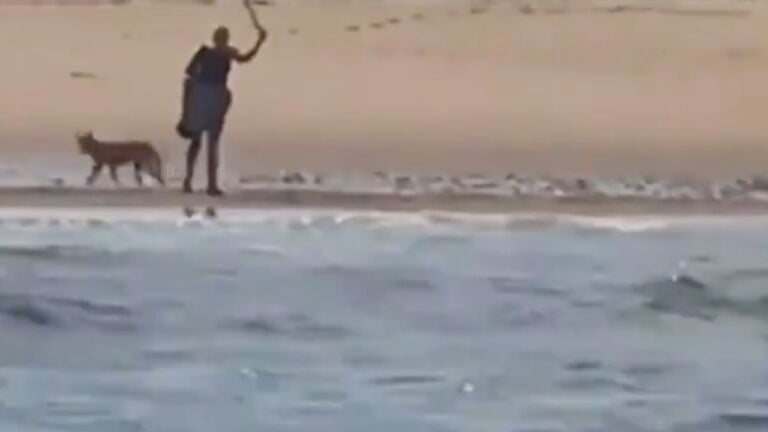