MINNEAPOLIS — He chatted with a store clerk about playing football. He grabbed a banana off a shelf, flipped through a wad of cash, and hugged and exchanged pleasantries with a woman, laughing with his hand on her back.

In surveillance footage played for the first time in a Minneapolis courtroom on Wednesday, the world got to see George Floyd as it never had before: He was just another customer in a corner store that he liked to frequent.

Within half an hour, Floyd would be handcuffed and facedown on the pavement outside Cup Foods, calling out for his mother as a police officer pressed his knee into Floyd’s neck. Roughly two hours after he walked into the store he was dead.

On the third day of testimony in the trial of Derek Chauvin, the former police officer charged with murdering Floyd, a clearer picture emerged of the events preceding Floyd’s death, with witness after witness agonizing over whether they could have done anything to stop what would soon unfold.

The 19-year-old clerk who served Floyd at the corner store that day wondered whether the death was his fault because he had reported that Floyd used a fake $20 bill.

In the surveillance footage, Floyd can be seen offering the clerk, Christopher Martin, a $20 bill in exchange for a pack of cigarettes. Martin said he quickly realized the bill was counterfeit; the blue pigmentation gave it away, he testified. For a brief moment, Martin thought to let it go and put it on his own tab — the store’s policy was that fake money would be deducted from the paycheck of the employee who accepted it, he said. But then he changed his mind.

He told his manager, who sent him after Floyd. But after Floyd refused to come back in, another employee called the police.

Martin became emotional in court when shown surveillance video of him standing outside the store, clutching his head as Chauvin knelt on Floyd’s neck.

“Disbelief and guilt,” he said of what he thought at that moment. “If I would have just not taken the bill, this could have been avoided.” 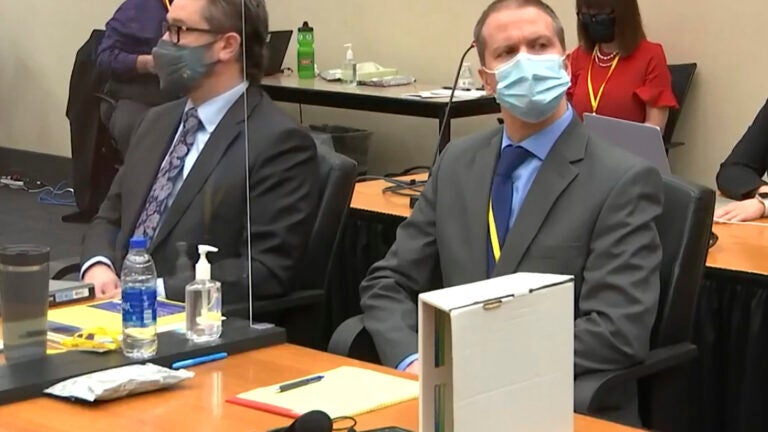