A young male cat was shot with a BB gun over 10 times and left to die with its hind legs taped together in Cambridge last Thursday in what officials are calling a “particularly disturbing” case of animal cruelty.

The black and white cat, named Gosha, was found beneath a car by the city’s animal control officer. Authorities had been called to the intersection of Hurley and Sciarappa streets around 8 a.m. for a report of a cat crying, according to MSPCA-Angell in a press release.

Unfortunately, Gosha had already died from his injuries.

This isn’t the first time a cat has been harmed in Cambridge, and MSPCA officials said Tuesday that Gosha’s case could be linked to two others with “striking similarities.”

.@MspcaAngell is offering a $2500 reward to solve an animal cruelty case. Gosha the cat was found Thursday in Cambridge & later died.

His hind legs were bound w/ tape & he was shot multiple times w/ a BB gun. His owner calling it “the most purest of evils imaginable”. #7news pic.twitter.com/36Jt4cdWZn

Gosha was brought to the MSPCA’s Angell Animal Medical Center in Jamaica Plain, and a necropsy was performed. Dr. Pam Mouser, a pathologist, found that not only was much of Gosha’s fur missing, but his face and body were covered in wounds caused by a BB gun. Eleven BBs were removed from Gosha’s body; one had punctured a lung, causing his death, officials said.

Gosha had disappeared from in front of his owners’ Cambridge home just two days before he was found. Francisco Rosales and his wife thought something was wrong and began posting flyers around their East Cambridge neighborhood, according to the MSPCA.

“We’re devastated, and we cannot believe that something like this could happen to our cat, and our fear is that whoever killed Gosha could do this to someone else’s pet,” Rosales said in the release. “We urge anyone who may have information about who did this to please call the investigators.”

In one of the other two cases, a female cat was let out by her owner late on March 3. When the cat returned home around 8:30 a.m. the next day, she had “multiple BB gunshot wounds across her left side,” according to the MSPCA. A third cat, Buddy, went missing early this month, and when he returned home last Wednesday, he reportedly had been burned.

Gosha had a chemical or thermal burn, the organization said. The cat from the March incident had some of the BBs removed, but veterinarians were unable to take all of them out. That cat is now home with her family. Both she and Gosha had collars when they went missing, and both their collars had been removed when they were found.

There are striking similarities between the Gosha case and what happened on March 4 to another pet cat from the same East Cambridge neighborhood, as well as a *third* cat named Buddy (pictured) who went missing in early May & returned on May 5 suffering from some kind of burn… pic.twitter.com/rO1u7kFLHn

The second cat, whose owners have asked to remain anonymous, was let outside by her owner at approximately 11:30pm on Wednesday, March 3. She returned home at 8:30am the following morning having suffered multiple BB gunshot wounds across her left side…

The cat (pictured), an eight year old striped tortie, had been wearing an ID collar, but the collar was missing when she returned home. Gosha was *also* wearing a collar the day he disappeared, and his was also missing when he was discovered on May 6. pic.twitter.com/j0CnqWxX68 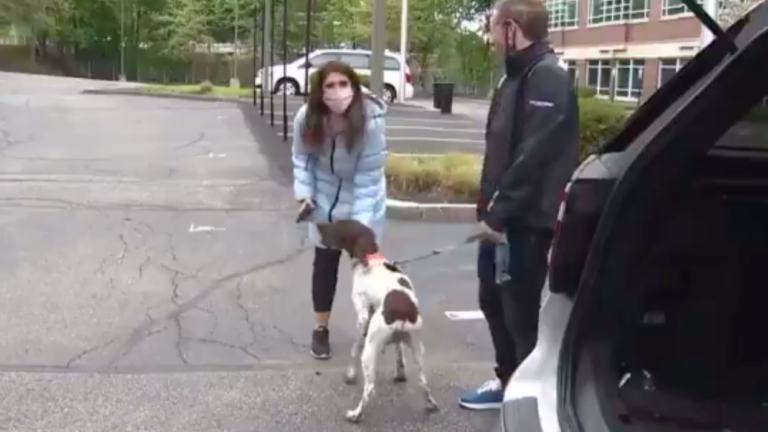