Two men, both in their 70s, were injured when one was shot in the leg and the other was hit in the head with a rock during a fight with a cohort of dirt bikers in Worcester Wednesday.

According to WBZ, Worcester police were called to 308 Southwest Cutoff around 5:51 p.m. for a large group of dirt bikers.

Cell phone video footage obtained by the news station shows one dirt biker fighting with the men in the streets.

In the video, the dirt bike can be seen getting pushed to the ground, then one of the two older men shoving the biker, WBZ reports.

In a Facebook post, police said they were dispatched to the area for a report of several people fighting.

“Upon arrival, officers located a seventy-seven-year-old male gunshot victim who had been shot in the leg,” police said. “A second seventy-four-year-old victim was suffering from injuries related to being struck in the face with a rock.”

Both men were hospitalized as a result of the incident, officials said.

Police also released a photo of a man, who appears to be wearing the same clothing as the biker in the video, and asked the public for its help in identifying and locating him. Authorities said the man is wanted for questioning in connection to the incident.

“A couple of my coworkers were outside and they heard it,” an employee of a nearby gas station told WBZ about the shooting. “They thought it was a backfire from the dirt bikes, and then they saw the scene and the commotion and everything, and then they found out it was a gunshot and came in and told me.

“The poor guy. He is 77,” the employee added. “I don’t know whose fault it was but there’s no need for violence like that at all.” 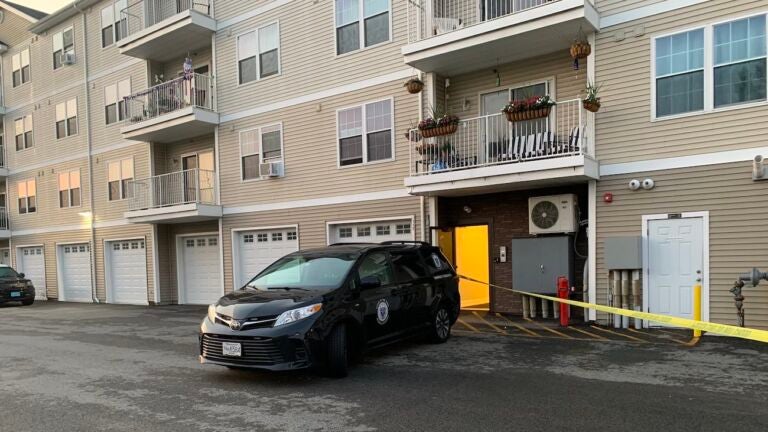