The Dorchester man accused of raping an 18-year-old woman aboard a ferry traveling from Martha’s Vineyard to Woods Hole allegedly met the victim in the passenger area of the vessel and it was when they were walking toward where his box truck was parked that he allegedly sexually assaulted her.

Authorities don’t believe the suspect, 20-year-old Bruno Sanches DeJesus, and the victim, knew each other before the alleged assault on Monday, according to Boston 25 News.

After the two made their way down to the ferry’s parking area, Sanches DeJesus began trying to kiss and grab the victim, Brian Degan, an assistant district attorney, said, as reported by the news station. DeJesus then allegedly raped the woman twice.

Sanches DeJesus’s defense attorney said no force was involved in the incident and that his client may have cellphone videos proving his innocence, according to WCVB. Sanches DeJesus was ordered held on $25,000 cash bail following his arraignment Tuesday on two counts of rape in Falmouth District Court, where a not guilty plea was entered on his behalf, The Boston Globe reports.

Police were called to the Steamship Authority in Falmouth around 5 p.m. Monday. They spoke with the victim, and police were able to stop the commercial box truck Sanches DeJesus was in on Route 28 in Falmouth, state police said.

The truck Sanches DeJesus was in belonged to KAM Appliances. The company said he works for a different company it contracts with, according to Boston 25.

“KAM has had a relationship with this company for over five years and we have always had positive experiences with their workers,” a statement obtained by the news station said. “Everyone here at KAM is shocked and appalled by the actions of this individual.” 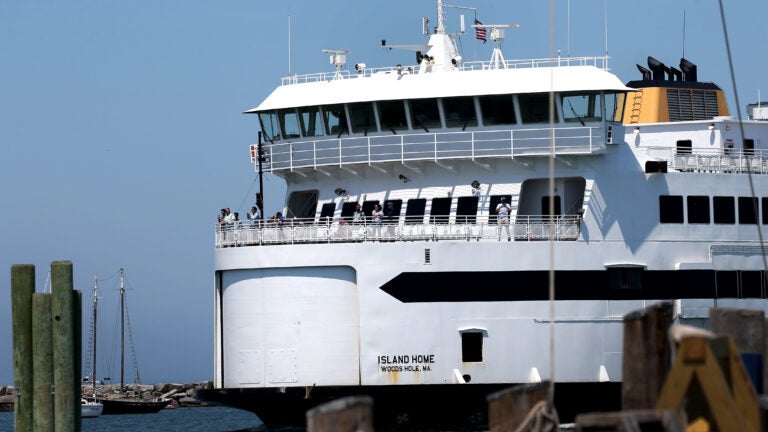