Boston police have released photos of a man they say tried to kidnap a woman as she was walking to work in East Boston Wednesday morning.

The victim told authorities that around 4 a.m., she was headed to work when a man, described as Black and 18-25 years old, approached her. The man allegedly grabbed her near Bremen and Porter streets. She was able to get away from the man, who then took off, police said. A white SUV may also have been involved.

At the time, the suspect was wearing a white T-shirt, white shorts, and dark-colored sneakers, according to authorities.

Anyone who may know something about the incident is asked to call Boston Police District 7 detectives at 617-343-4220. People can also use the police’s anonymous CrimeStoppers Tip Line by calling 1-800-494-TIPS or by texting “TIP” to CRIME (27463). 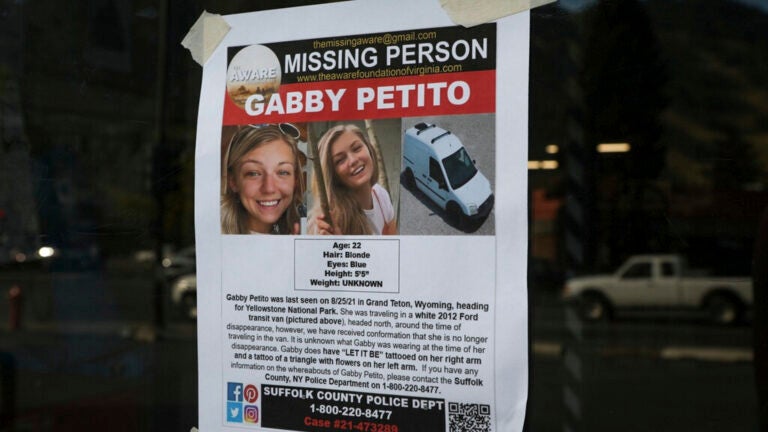 Gabby Petito: How social media and the true-crime craze drove the story