Schanda Handley was at home with her daughter and a neighbor when two men showed up at the door, dressed in what looked like blue uniforms from an appliance store.

They had a carpet steamer and asked Handley if they could demonstrate it for her. When she said no, the men forced their way into her house at gunpoint, put a hood over her head and handcuffed her and her neighbor, she said.

Then they pushed Handley into a van and drove off, leaving Handley’s 14-year-old daughter and the neighbor behind.

The kidnappers had been hired by Handley’s estranged husband, Lawrence Michael Handley, who was planning to have Schanda Handley driven to his camp near Woodville, Mississippi, from her home in Lafayette, Louisiana, prosecutors said. What he planned to do after that was not clear, authorities said.

But as the men drove east on Interstate 10 on Aug. 6, 2017, with Schanda Handley handcuffed in the back, sheriff’s deputies noticed the van was swerving and tried to stop it, prosecutors said.

The men, Sylvester Bracey and Arsenio Haynes, drove off the interstate, turned down a dead-end gravel road, and were penned in by the police, prosecutors said. Both men tried to escape by swimming through a canal, prosecutors said. They drowned.

Under a plea deal, Handley avoided a charge of aggravated kidnapping, which carries a mandatory sentence of life in prison, prosecutors said.

Schanda Handley, 50, said in an interview Thursday that it was “really unfortunate” that Lawrence Michael Handley — now her ex-husband — would not face the possibility of life in prison.

A once successful businessman, Lawrence Michael Handley had run software and vitamin businesses and had been the CEO of a series of drug treatment centers that sold in 2015 in a deal worth about $21 million, Schanda Handley said.

He subjected Schanda Handley to hundreds of threats, once telling her “Armageddon is coming,” as they went through a divorce, she said. For two months, she said, she had live-in security at her house.

Lawrence Michael Handley’s lawyer, Kevin Stockstill, said in an interview that his client had been using methamphetamine and cocaine for days when he hatched the plan to have his wife kidnapped. He said that Lawrence Michael Handley had planned to “come in as a hero” and rescue Schanda Handley in an effort to “win her back.”

“It was certainly not logical thinking, but when you’re doing a lot of meth and cocaine, I guess it seemed rational to him,” Stockstill said. “It turned out to be a terrible decision.”

Detective Jared Istre of the Lafayette Police Department, who investigated the case, found video of Lawrence Michael Handley planning the kidnapping as well as checklists that he had made and evidence showing that he rented the van and bought the handcuffs used by the two kidnappers, prosecutors said.

“The plea resolves the case without the victims having to relive their ordeal,” Alan Haney, a prosecutor with Louisiana’s 15th Judicial District, said in a statement, “and the state looks forward to presenting additional evidence at the sentencing hearing.”

Stockstill said the case presented a “tough set of facts” for his client, and he didn’t want to risk a life sentence for Handley.

“He’s helped literally thousands of people with addiction,” Stockstill said. “He needs to accept punishment. But he certainly deserves another shot at having some life.”

Schanda Handley said it was an off-duty police officer who had initially spotted the kidnappers’ van speeding on the shoulder of the interstate and had decided to follow it, believing it might be stolen. She said she had spoken to him later.

“He didn’t know anything about the kidnapping,” she said, “and he had a moment there where he wasn’t sure he was going to pursue the van.”

If the police hadn’t stopped the van, Handley said, she wasn’t sure what might have happened once she reached her husband’s camp in Mississippi.

“His behavior was very erratic,” she said, adding that she believed he might have been experiencing drug-induced psychosis. “He had lost his mind, like he was determined that we were going to be together.” 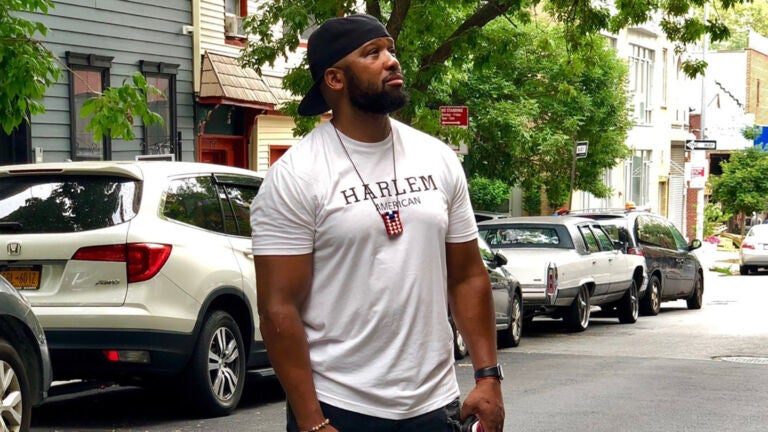 He was in witness protection in Maine. But his Harlem life kept calling.