DEDHAM, Mass. (AP) — A retired Massachusetts state police captain and his wife pleaded not guilty Tuesday to charges of reckless endangerment and serving alcohol to minors in connection to the drowning of a teenager at their home in June.

James and Leslie Coughlin were released on personal recognizance after a hearing at the Dedham District Court, during which not guilty pleas to the misdemeanor charges were entered for them.

Alonzo Polk, 17, died days after he was pulled from the pool the Coughlin’s house in Dedham during a graduation party for high school graduates.

The couple’s attorney, Brian Kelly, said outside the courthouse that it was a “terrible accident and a terrible tragedy for Alonzo,” but said Alonzo was “not a drinker” and “wasn’t drinking at this party,” The Boston Herald reported. Their lawyer has said Alonzo was thrown into the pool by a friend who didn’t realize he couldn’t swim.

Family and friends of Polk’s who attended Tuesday’s hearing shouted outside the courthouse: “We want justice for who? Alonzo!” the Herald reported.

A family spokesperson told the newspaper that it “wants each and every person who had anything to do with causing or creating the circumstances that led to his death to be held accountable.” 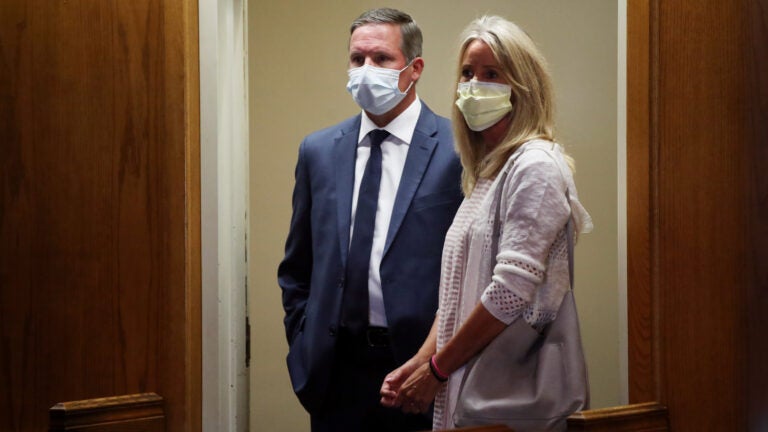