When authorities executing a search warrant descended into the basement of Brian Downey’s home last week, they discovered more than a dozen firearms displayed on a black wall, federal agents said.

As officers continued searching the home of the deputy mayor of Airmont, N.Y. – a village about 35 miles north of New York City – they found a sawed-off shotgun in a closet and an illegally modified short-barrel rifle, according to a criminal complaint.

At some point during the search, court records state, authorities’ attention centered on the contents of a small locked box. Downey, 47, said he didn’t have the combination code, according to a criminal complaint, so officers forced the box open.

Inside, they found more than 10 fake federal badges and credentials, some bearing Downey’s name and photo, court records state.

Now, Downey faces multiple federal charges, including the illegal possession of firearms and fraudulent badges, identification cards or other insignia strictly authorized for law enforcement personnel, according to a criminal complaint unsealed Tuesday in the U.S. Southern District Court in New York.

Downey was arrested by the Ramapo Police Department on Sept. 2 after his home was searched following a multiagency investigation into the alleged purchasing of illegal gun parts, Rockland County District Attorney Tom Walsh announced in a news release last week.

“Today’s arrest of an individual who was entrusted by the public to serve his community is a sad day for our County,” Walsh said.

Downey did not immediately respond to messages from The Washington Post late Tuesday. Court records do not list his lawyer.

A Ramapo deputy building inspector and part-time court officer, Downey was elected as Rockland County’s second-in-command in 2019, according to the Journal News. He serves with Airmont Mayor Nathan Bubel, who has not issued a public statement about his deputy’s charges.

On Sept. 2, a day after a search warrant was issued for Downey’s residence, Department of Homeland Security agents arrived at his home in the early morning, the criminal complaint states.

DHS had received a tip that an illegal device had been delivered to Downey’s home, Walsh said in a news release. The Rockland County district attorney identified the illegal object purchased on the Internet as a “rifle suppression device.”

When authorities reached Downey’s basement, they spotted what investigators referred to as the “Gun Room.” Multiple firearms hung on one wall and on a rack located against another, court records state. Firearm parts and tools were also present, according to the documents.

The Bureau of Alcohol, Tobacco, Firearms and Explosives has no record authorizing Downey to own the short-barrel rifle or the sawed-off shotgun. When authorities questioned Downey during the home search, court records state, the deputy mayor told investigators he did not have any registration or authorization for possessing controlled firearms. He allegedly added that he modified the short-barrel rifle because he believed he was allowed to do so as a “peace officer.” The complaint did not specify why Downey allegedly considered himself to be a peace officer.

Inside the small locked box, authorities said they found several bogus federal badges and credentials supposedly from the Drug Enforcement Administration, FBI and Justice Department. They also found four fake FBI patches that could be sewn onto a uniform, court records state. Downey’s U.S. passport – along with his New York driver’s license – were also in the box, authorities said.

The records did not include statements from the deputy mayor as to why he allegedly possessed the weapons or ID cards.

Downey was released from custody after meeting his bond, according to jail records. A federal judge had set his bail at $250,000, the Journal News reported.

A felony conviction would force Downey out of office, the newspaper reported. 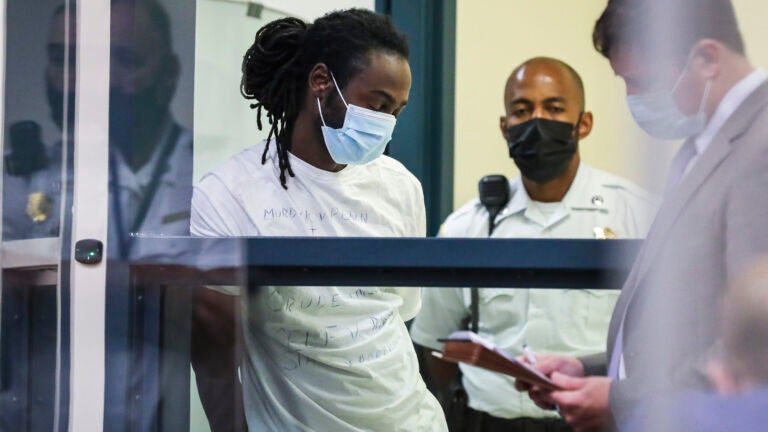