Boston police are searching for a suspect who allegedly shot a man to death at Egleston Square in Jamaica Plain Wednesday afternoon.

Around 2:22 p.m., police were called to 3108 Washington St. where they found a man who had been shot. He was taken to a nearby hospital and pronounced dead, according to Boston police.

The incident was captured on dashboard cam footage obtained by WCVB. In it, the suspect can be seen pointing what appears to be a gun at a vehicle.

The victim is believed to be in his mid-30s, Superintendent-in-Chief Gregory Long said at the scene, according to The Boston Globe. Police don’t believe the shooting was random.

There were around 20 children inside Latino Beauty Salon when the shooting occurred, according to owner Rosana Rivera, as reported by the Globe.

“Everybody was screaming,” she said, according to the newspaper.

Suffolk District Attorney Rachael Rollins commented on the violence while at the scene.

“This is a middle-of-the-day, brazen shooting,” she said, according to the Globe. “This is a vibrant community of hardworking people that live here. They deserve to be safe.”

A suspect has not been publicly named.

Police are asking anyone who may know something about the incident to contact homicide detectives at 617-343-4470. People can also use the department’s anonymous tip line by calling 1-800-494-TIPS or by texting “TIP” to CRIME (27463). 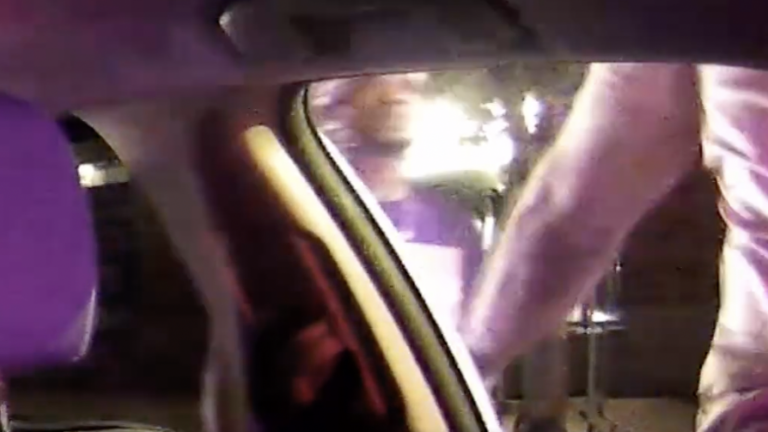