Only a few weeks after President Joe Biden and Vice President Kamala Harris were sworn into office, Niviane Petit Phelps recorded a video of herself.

“Kamala Harris, you are going to die,” Phelps said into the camera, according to an affidavit. “Your days are numbered already.”

Over the course of a week, the 39-year-old nurse living in Miami Gardens made five more threatening videos, court documents state. She sent them to her incarcerated husband through JPay, an app inmates use to communicate with those on the outside.

Phelps pleaded guilty on Friday to six counts of making threats against the vice president – each representing one of the 30-second videos in which she said she would assassinate Harris. The mother of three now faces five years in prison.

Her sentencing is scheduled for Nov. 19.

Her attorney, Scott Saul, did not respond to a request for comment from The Washington Post late Monday. He told the Miami Herald that Phelps would not have followed through on her threats to assassinate the vice president.

Phelps “was just venting as she was going through a tumultuous time in her life,” Saul told the paper, adding that the threats were “limited to discussions with her incarcerated husband.”

Still, he said, “it has been important for Ms. Phelps to demonstrate her acceptance of responsibility as she begins to atone for her aberrant actions.”

After federal prosecutors filed the charges in April, Phelps was fired from her job as a nurse in the Jackson Health System, where she had worked for 20 years, the Herald reported.

Among Phelps’s reasons for making the threats, she later told investigators, was that Harris – born to a Jamaican father and an Indian mother – was not actually Black.

Phelps also believed a debunked conspiracy theory, according to investigators, that Harris put her hand on her purse instead of a Bible on Inauguration Day. Phelps found the notion disrespectful, she told a federal agent, according to the affidavit.

On Feb. 13, Phelps made two videos, according to court documents. In the first, Phelps said that Harris’s “days are numbered already.” In the second, Phelps says that $53,000 is Harris’s “number,” referring to an amount of money the nurse said she was paid to hurt the vice president. (Prosecutors did not accuse Phelps of receiving money to harm Harris.)

A day later, Phelps recorded two more videos, the affidavit states. In one of them, Phelps said she was “going to the gun range” until the vice president “leave[s] the chair.” Several days later, Phelps again referenced the $53,000 in another pair of videos addressing Harris. She told the vice president, according to court records, “50 days from today you will die.”

Using the app JPay, Phelps sent the six videos to her husband who, at the time, was incarcerated at the Wakulla Correctional Institution in Crawfordville, Fla. On Feb. 20, Phelps also sent her husband a photo of herself smiling, holding a gun and standing next to a target. Phelps also took photos with her son at a gun range, court documents state.

A couple of days later, Phelps applied for a concealed weapon permit, according to court documents.

In early March, a federal agent interviewed Phelps at her home, and she told him her reasons for making the videos. She said, however, that she was “over it now” and that she had got “a lot of anger out at the gun range,” according to the affidavit. But, asked what she would have done if law enforcement had not visited her, she said, “I don’t know,” according to the affidavit.

Lastly, the agent asked Phelps whether she had plans to travel to Washington, and Phelps said she did not. But according to the affidavit, her daughter, who was in the room, said: “Didn’t we say we were going?” 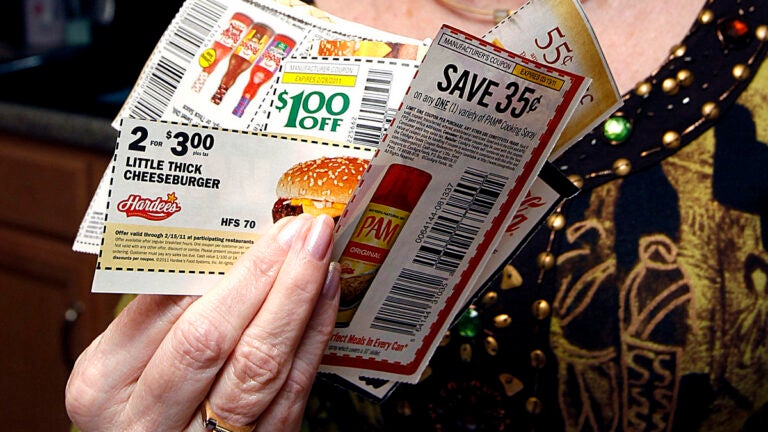 A Virginia woman 'perfected the art' of making fake coupons. She's now going to prison for it.