In the early morning on July 18, Greg Moore went out for a jog on a tree-lined road near his home in Maple Valley, Wash. His wife, Michelle, expected him to come back “sweaty and tired but feeling great and looking forward to the rest of his day,” she explained in a recent Facebook post.

But Greg, 53, did not come home. Hours after Michelle went looking for him, a bystander found Greg dead in a ditch in front of a local Lutheran church. He was shoeless, and his body was surrounded by the plastic shards of a headlight covering. His skull was fractured. His calves were gashed as though a car had struck him from behind.

Not long after the body was located, Michelle came upon the police roadblock and “my world turned upside down,” she said on Facebook.

It remained upside down for two months as police hunted for the killer. But now, prosecutors have charged the person they say is responsible: a 15-year-old girl who had allegedly taken her godmother’s car on a joyride and intentionally rammed Moore from behind “to scare him.” The girl has been charged with second-degree murder and felony hit and run, the Seattle Times reported. She is being prosecuted as a minor.

Last week, the teenager, accompanied by her father, turned herself in to the King County Sheriff’s Office, KIRO reported. As of Tuesday, she remained in custody at the Children and Family Justice Center in Seattle.

According to charging documents obtained by the Kent Reporter, the teenager on July 18 took her godmother’s 2004 Toyota Camry without her permission and drove around with a friend as a passenger. Another friend followed in a separate car. Driving up behind Moore, the teenager told her friend in the Camry: “I’m going to scare him, I’m going to bump him,” the friend who rode in the car told investigators, according to the Reporter.

Traveling close to 50 mph, the teenager struck Moore with her car, according to the Reporter. The friend following in the other car heard a loud bang and saw an object fly into the air, according to investigators. The teenagers in the Camry did not stop until they had fled the scene, the friend said, but eventually they pulled over to assess the car’s damage.

“They were freaking out,” the friend said, according to the Reporter.

When she returned home, the teenager allegedly told her godmother that someone had hit the car with a bat. At some point after the incident, the two teenage girls in the Camry described the incident to another friend, allegedly laughing about the way Moore “flew over the car” as they hit him, according to documents reviewed by the Seattle Times.

Meanwhile, Michelle Moore was falling into despair. As police searched for the driver, she began regularly posting on Facebook, pleading with her followers to help find the person responsible for the hit-and-run. She offered a $35,000 reward for information leading to an arrest, and started a website called WhoKilledGreg.com, which provided clues about his death.

“I know that people are continuing with their lives,” she wrote on Facebook on July 25. “But my whole world is upside down.”

Around that time, the teenager’s godmother saw surveillance footage showing a car similar to hers on the news, according to the Reporter. She told law enforcement that her goddaughter might have been involved in the hit-and-run and gave the Camry’s keys to sheriff’s deputies. The damage to the car, they observed, was consistent with the injuries Moore suffered.

When the teenager noticed the car was missing from her godmother’s house in early September, she allegedly got into an argument with the woman, began to break objects around the house and eventually fled on foot, according to the Reporter.

On Sept. 9, her father accompanied her as she turned herself in at the SeaTac precinct.

Authorities intend to prosecute the teenager as a juvenile, a decision that Moore’s widow has publicly denounced.

“As heartbreaking as this case is, it’s also highly unlikely a juvenile court judge would allow this individual — a 15-year-old with no criminal history — to have her case handled in adult court,” Casey McNerthney, a spokesman for King County Prosecuting Attorney Dan Satterberg, told the Seattle Times.

Michelle Moore showed up at the teenager’s appearance in court on Wednesday, KIRO reported. She had seen a photo of the girl before. But, she told the news station, “I just wanted to see her face.” 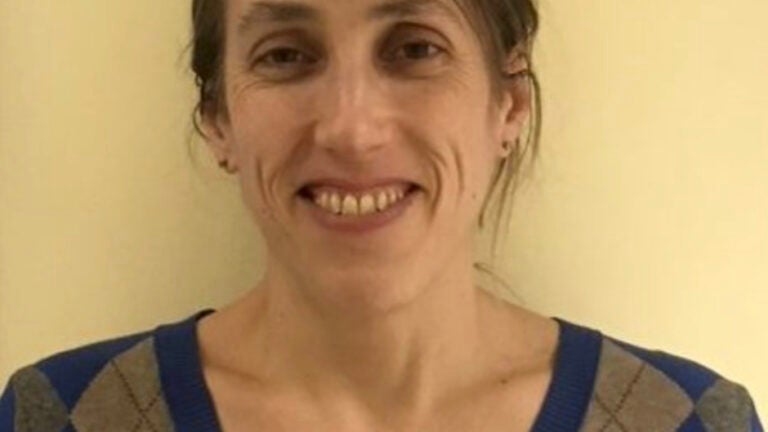