“Talens perfected the art of counterfeiting coupons,” federal prosecutor Joseph Kosky wrote in court documents. “Her skill was such that the coupons she created were virtually indistinguishable from genuine [ones].”

Talens’s tools were glossy paper, corporate logos and a computer she used to stitch together disparate text, pictures and bar codes to make what are known as “Frankenstein” counterfeits, all while keeping track of everything on a spreadsheet. Over a little more than three years, federal investigators said Talens, 41, and her husband, Pacifico, cheated manufacturers and merchants of more than $31 million by producing bogus coupons that gave customers merchandise at steep discounts – or for free.

But they weren’t quite good enough. On Tuesday, a judge sentenced Lori Ann Talens to 12 years in prison for running what prosecutors called one of the largest coupon scams in history after she pleaded guilty earlier this year to multiple counts of fraud.

The Talenses made nearly $400,000 selling the fakes to more than 2,000 customers across the country. About 100 companies – including Procter & Gamble, Coca-Cola and Ziploc – were their victims. The hardest hit was Kimberly-Clark, the paper products company, which lost nearly $9 million.

“The scale of the [Talenses] counterfeit coupon scheme was truly massive,” Kosky wrote.

Pacifico Talens Jr., 43, pleaded guilty to mail fraud and was sentenced last month to more than seven years in prison for helping his wife.

Lawyers representing the couple did not respond to emails sent Thursday night from The Washington Post. But ahead of sentencing, Lori Ann Talens’s attorney, Lawrence Woodward Jr., wrote in court documents that she should get a lighter sentence because she gave federal authorities valuable information about “the rather murky world of counterfeit couponing.” In hours-long interviews, he said, Talens detailed methods and identified other counterfeiters.

While it may have been among the biggest, the Talenses’ operation was one of several fake coupon rings. The FBI has been cracking down on such operations in recent years. In June, agents worked with law enforcement in Texas to arrest and charge three people involved in a “dark-web or dark-side coupon group” connected to 87 people and spanning 23 states. In August 2020, a grand jury indicted 12 people in California in a scheme to steal millions of dollars’ worth of electronics with fraudulent discounts.

Shoppers can protect themselves by never paying for coupons as those that are for sale are often forgeries or stolen, according to Bud Miller, executive director of the Coupon Information Corporation, a not-for-profit association of manufacturers that fights coupon fraud.

“Despite Hollywood’s recent portrayal of coupon fraud as a comedy or simply ‘bending the rules,’ it is a serious matter,” Miller wrote in a statement addressing Lori Ann Talens’s case.

To run her “counterfeit coupon empire,” prosecutors say Talens used social media and cellphone apps like Facebook and Telegram to find groups of coupon enthusiasts and sell them fakes. She even created such a group, ostensibly for people interested in legitimate couponing. But Talens used it as a way to recruit people willing to participate in her black-market operation. Once vetted, new henchmen were added to Talens’s chat in Telegram, a cellphone app that uses encrypted channels and auto-delete features, so they could help coordinate efforts, court records state.

To fill orders, Talens used her computer to design and produce a variety of forgeries from her home, then mailed the fake coupons across the country. She accepted various forms of online payment, including bitcoin and PayPal. In most cases, the coupons offered deals equal to, or even greater than, the value of the merchandise, allowing the shopper to get the item for free. In cases where the discount exceeded the price of an item, retailers had to pay the customer for “purchasing” it.

Talens’s operation started to unravel when one of her customers reported the fakes to the Coupon Information Corporation. The association worked with the informant to acquire some of Talens’s counterfeits, confirmed they were fakes when they arrived and hailed the U.S. Postal Service to investigate.

After homing in on the Talenses as the culprits, federal law enforcement officers raided their home in Virginia Beach. During the search, agents seized nearly $1 million worth of fake coupons and found more than 13,000 coupon designs on their computer. By comparing those designs to known counterfeits in circulation, the Coupon Information Corporation determined the Talenses had fleeced manufacturers and sellers out of $31.8 million.

In a separate scheme, Talens defrauded Medicaid and the Supplemental Nutrition Assistance Program out of roughly $43,000 over about four years. When applying for benefits, she failed to report her husband’s legitimate income and the money they’d made from their scam. If she had reported that income, she wouldn’t have qualified for federal assistance.

Talens also pleaded guilty to fraud in that case and was given a 10-year sentence that will run concurrently with the 12 years she got for the coupon scam.

While her husband helped ship counterfeits and carry out other administrative tasks, Talens was the mastermind driving the operation, Kosky said. 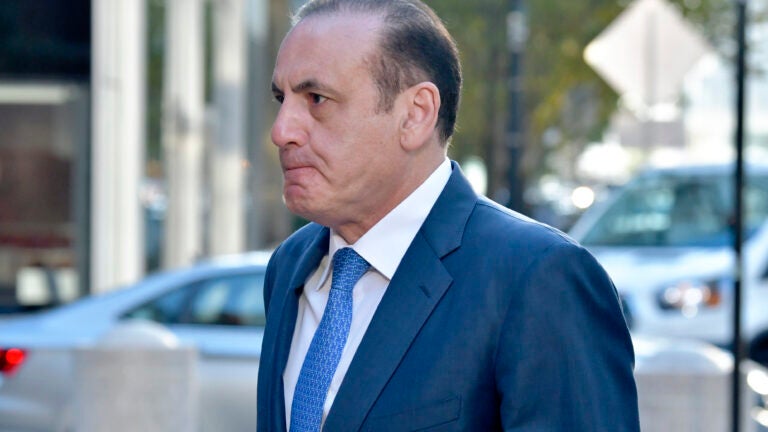