Another local dancer is alleging that former Boston Ballet principal dancer Dusty Button and her husband Mitchell Taylor Button raped her while she was still a minor.

The dancer, known as Jane Doe 100, joined an expanded lawsuit that includes allegations from five female dancers, including current Boston Ballet dancer Sage Humphries, The Boston Globe reported. Court filings obtained by the Globe allege the Buttons “exploited their position of power and influence in the dance world to sexually abuse young dancers across the country.”

Though the original suit named only Mitchell Taylor Button, the updated suit — filed last week in Nevada — includes Dusty Button as a defendant.

“What you have here is the highest level of betrayal,” Sigrid McCawley, an attorney representing the plaintiffs, told the Globe. “You see the use of a famous female ballerina to coax these victims into a situation where they become prey for this serial abuser.”

Marc Randazza, an attorney representing the Buttons, told the Globe that they look forward to clearing the Button’s names in court.

“We are not trying this matter in the press,” he said. “We do find it interesting that the press has the complaint before Ms. Button has even been served. Maybe that should inspire some cynicism.”

Humphries and Jane Doe 100 both allege a disturbing pattern of manipulation leading to sexual assault. McCawley told the Globe that Jane Doe 100 met the Buttons in 2014 when she danced with the apprentice program at Urbanity Dance, which rented studio space from the Boston Ballet. According to the complaint, Button, who has a large social media following, earned Jane Doe’s loyalty and trust and encouraged Jane Doe to meet her husband.

Court filings obtained by the Globe describe how the Buttons invited Jane Doe 100 to a party, forced her to drink alcohol, and allegedly later brought her to their Somerville apartment where they pushed her onto a mattress in a gun-lined room. (Humphries also described a gun-lined room where the Buttons tied up her arms and legs.)

The complaint alleges Button began kissing Jane Doe 100 and restraining her as Taylor Button sexually assaulted her. It further alleges Button held up her phone to indicate she was recording the alleged assault, and at one point had a gun in her hand.

McCawley told the Globe other plaintiffs may join the suit, and that the new plaintiffs were emboldened by the original accusers, Humpries and dancer Gina Menichino.

“In an instance like this, where you have a serial abuser, you oftentimes see other women feeling empowered enough to come forward and say, ‘me, too,’ ” she said. “Each one of these ballerinas wants this abuse to stop.” 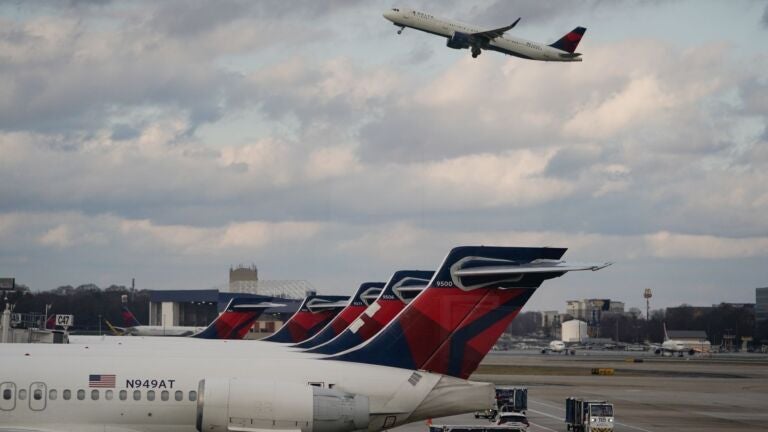 Delta passenger faces assault charge in mask dispute after she allegedly hit man who told her, 'Sit down, Karen'