After 30 years, a Malden family is getting some justice for the murder of their foster child, Patricia Moreno, 17, on June 20, 1991.

On Wednesday, Middlesex District Attorney Marian Ryan and Malden Police Chief Kevin Molis announced that Rodney Daniels, 48, of Georgia has been indicted on first-degree murder charges for allegedly shooting Moreno in the head outside the Henry Street apartment where she lived.

“After three decades we have taken the first steps today to hold accountable the person who we allege took Tricia’s life. It is always with mixed emotions that we make these announcements as we know this will not fill the void caused by the loss of a daughter, a sister, and a friend to many,” Ryan said. “I do hope, however, that it brings hope to some of the families who are still awaiting answers. This is a case that was solved not by a new development in forensic science, but as a result of relentless investigative work and a change in circumstances for some parties involved.”

Daniels will be arraigned in Middlesex Superior Court on Thursday.

According to the Middlesex DA’s office, police responded to the third floor of the Henry Street apartment in Malden just after 3 a.m. on June 20, 1991. Moreno was found alone, face down on the fire escape with a single gunshot wound to the head still breathing but seriously injured. She was rushed to the hospital, but died as a result of the gunshot wound. No weapon or casing was recovered at the scene, and there was no sign of forced entry.

Moreno had been living there as a foster child. The 1991 investigation revealed her foster mother and her two teenage daughters, as well as one of her daughter’s boyfriends, Rodney Daniels, were in the apartment when the shooting happened. Each of them claimed they’d heard the gunshots but didn’t know who the shooter was. Daniels claimed to have been asleep in an armchair in the living room when he was awakened by the sound of two gunshots, walked onto the fire escape, and saw Moreno. The foster mother called the police after that.

Police learned Daniels possessed multiple handguns close to the time of the murder, and had “engaged in threatening behavior” toward Moreno in the weeks before her death.

While many were interviewed, no arrests were made.

“Based on the position of the entry wound and the downward trajectory of the bullet, the path of the bullet was consistent with having been fired by an individual standing in the area of the doorway to the apartment, where the victim had resided with her foster family, and where Daniels had been staying that evening,” the DA’s office wrote in a release.

Investigators began re-interviewing witnesses and located a witness who had been out of the country for a while. That witness, who lived in the second-floor apartment in 1991, said they’d been woken up by a loud noise and immediately looked to the fire escape. They provided a description of the person they’d seen there, which was consistent with Daniel’s appearance, and told investigators he’d immediately retreated into the apartment and closed the door.

With this new information, investigators obtained a warrant from Malden District Court and, with the help of the South Fulton Police in George, arrested Daniels on Monday in his home without incident. He was arraigned in Georgia as a fugitive from justice and is being transported back to Massachusetts.

Ryan noted that the investigation involved a forensic discovery not based on DNA, which has been the foundation of many cold case solves in the last decade. In 2018, California’s “Golden State Killer” Joseph DeAngelo Jr. was caught using familial DNA.

At a press conference, Ryan confirmed her team was confident in the charges brought against Daniels, but that a long road is still ahead before a possible conviction.

“We will never give up on a case, this case is emblematic of that,” Ryan said. “We know whenever we make these announcements it’s bittersweet; on the one hand we are finally able to hold someone accountable, on the other hand…it certainly brings back a well of memories, takes people back to probably what was one of the worst incidents in their lives.”

Ryan established the cold case unit in March 2019, led by Attorney Dave Solet, to “re-examine existing evidence and utilize the latest investigative techniques and technology to examine uncharged cases across the County.” This was the unit’s first solve under Solet, though in January 2019 investigators solved the 50-year-old murder of Harvard grad student Jane Britton through the use of forensic DNA analysis.

“This case today represents a torch that has been passed to different generations,” Molis said. “This case was solved by police officers and district attorneys, and assistant district attorneys, who in 1991 were probably not…assigned to the role of solving cases, but that eternal flame of grief and remembrance was passed onto a new generation… This case represents the passage of time, the passage of that torch, but it was a passage that was continual, a resolve to never let a victim be forgotten.” 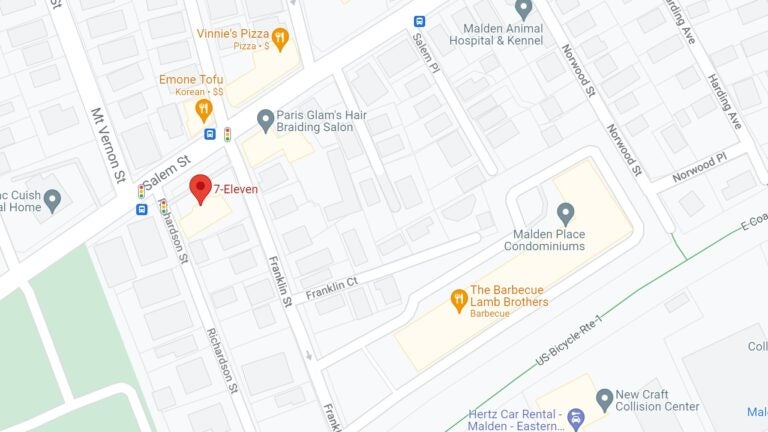