BOSTON (AP) — A Massachusetts man posted racial epithets, crude language and threats of physical harm in response to an interracial couple who had announced their engagement on Facebook, federal prosecutors said Wednesday.

Stephen M. DeBerardinis, 45, of Boston and Dedham, is scheduled to make his first court appearance Wednesday. An email seeking comment was left with his federal public defender.

“Today’s arrest cannot mitigate the fear that Stephen DeBerardinis caused, and the sense of security this couple lost, but it does bring him to justice for allegedly sending a series of rage-filled messages threatening horrific acts of violence,” Joseph Bonavolonta, Special Agent in Charge of the FBI’s Boston office, said in a statement. “Acts of intimidation and threats of violence perpetrated against people because of their race, ethnicity, color, or creed are reprehensible.”

The couple, a 37-year-old Black man and a 34-year-old white woman whose names were not disclosed in court documents, announced their engagement with accompanying photographs on Facebook in late December, prosecutors said.

DeBerardinis did not know the couple, but because he was friends with their friends, could see their posts.

He reacted to the engagement announcement on Jan. 6 with epithets and profanities, prosecutors said.

When the couple told him they were reporting him to law enforcement, authorities allege he sent them a picture of brass knuckles with the phrase “snitches get stitches.”

He also sent them a message urging the couple to “Read up more on me” and his “crew” and threatened them with physical harm, prosecutors said.

“My office aggressively prosecutes people who threaten racially-motivated violence because such threats are illegal, despicable and an affront to American values,” said acting U.S. Attorney for Massachusetts Nathaniel R. Mendell. “We take a hard line on threats and intimidation, and these charges make clear that such conduct will be prosecuted federally.”

If convicted of all charges, he faces a maximum of 28 years in prison. 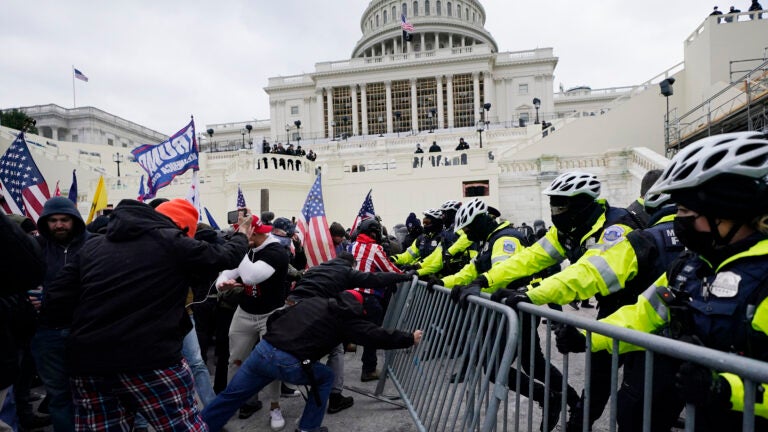