More than 50,000 people packed Dodger Stadium in Los Angeles on Aug. 5, 2016, to watch the visiting Boston Red Sox pummel the Dodgers in a 9-0 shutout. Little did they know, one of America’s most-wanted fugitives – having evaded the law for more than 17 years – had crept into their midst.

This week – more than five years after the possible sighting – the U.S. Marshals Service announced that federal investigators believe John Ruffo may have attended the midsummer baseball game.

Ruffo, now 66, was convicted in the late ’90s of a $350 million bank fraud scam – one of the largest in American history, according to officials – and sentenced to 17½ years in prison. After being sentenced, Ruffo remained free by promising to report to a New Jersey federal prison on Nov. 9, 1998. Instead, he rented a car that day, hit up an ATM and drove to New York’s John F. Kennedy International Airport, the U.S. Marshals said in a news release.

He has been in the wind ever since. The last confirmed sighting of Ruffo was on surveillance footage from the ATM he used on his way to the airport. Now, the U.S. Marshals are releasing details about his possible reemergence in 2016, saying the public’s help is “vital” to finally catching Ruffo.

About $13 million of the money Ruffo stole was never recovered, the U.S. Marshals said.

Ruffo and another New York man were arrested in 1996 for defrauding two Richmond banks and six other financial institutions of $350 million, according to a 1998 article in The Washington Post. Ruffo ran a computer vending company whose customers included Philip Morris, where Ruffo’s accomplice worked. The men conned the banks into financing a fake research project they claimed was for the tobacco company. They told the banks that the endeavor – code-named “Project Star” – was so secret that Philip Morris would deny its existence if asked.

Instead of funding the bogus project, Ruffo and his co-conspirator played the stock market.

Federal investigators described Ruffo as a storyteller who stretched the truth and sought to impress others. “He has been called a master manipulator,” the U.S. Marshals said.

Ruffo had been released on bail after his arrest on March 7, 1996, The Post reported. In April 1998, he pleaded guilty to 160 counts of conspiracy and money laundering, as well as bank, mail and wire fraud. On Oct. 1 of that year, a judge sentenced Ruffo to 17½ years in prison but let him remain free for more than five weeks.

Ruffo was supposed to turn himself in on Nov. 9 to the Federal Correctional Institution in Fairton, N.J. That morning, he showed up to a federal facility in Brooklyn to turn in an electronic bracelet he had been wearing since his sentencing one month earlier. Officials at the time said convicts were sometimes allowed to turn in monitoring devices before going to serve their sentences so alarms didn’t go off as they traveled outside their prescribed zone on the way to prison.

A day after Ruffo skipped town, a judge issued a warrant for his arrest. The U.S. Marshals tried to track him down, discovering he had rented a car in Manhattan the day he was supposed to report to prison, withdrew money on his way to the airport and then drove the car to a long-term parking lot at JFK.

In the days after Ruffo’s disappearance, his lawyer said Ruffo might have killed himself, but federal officials were, as one FBI agent put it, “mildly skeptical,” especially since they believed he had socked away more than $8 million, The Post reported in 1998.

There have been no confirmed sightings of Ruffo in the nearly 23 years since.

About a month after the Red Sox trounced the Dodgers in August 2016, U.S. Marshals in Virginia got a tip that Ruffo had been at the game, sitting behind home plate, some four rows up and wearing a blue shirt. Investigators reviewed video and confirmed someone matching his description – a White, balding man with a mustache – had been there. They homed in on the man’s seat – Section 1 Dugout Club, Row EE, Seat 10 – but haven’t been able to identify him.

The U.S. Marshals have pursued hundreds of leads all around the world, the agency said in its release. Ruffo made numerous international connections as a New York businessman, had previously gone to Aruba and had shown “particular interest” in Italy, where he’d also traveled. Investigators said they believe he’s living under an alias and there’s a good chance he’s doing so abroad.

To catch him, the U.S. Marshals have put Ruffo on their “15 Most Wanted” list. Last year, they pleaded with the public for information about where Ruffo was, saying it was time he paid his debt to society. They’ve tried to entice people with a $25,000 reward. They’ve released wanted posters in eight languages.

Still, Ruffo has evaded their grasp. 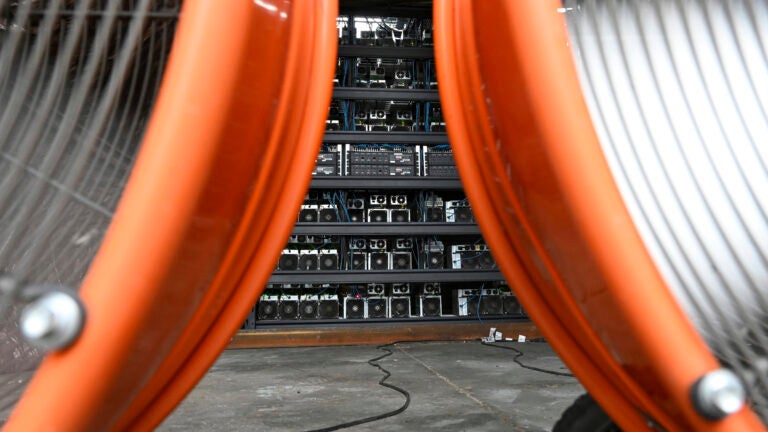