LASSEN NATIONAL FOREST, Calif. — He drove out of the Lumberjacks restaurant parking lot on a Tuesday in August, up Main Street, past the fire station and the gun shop. Then, Gary Maynard left the small city of Susanville in the northeastern corner of California and headed up a steep highway into the Sierra Nevada, where, prosecutors say, he set the forest ablaze.

Maynard, a criminology professor who specializes in deviancy, now sits in a Sacramento jail awaiting a hearing. The crime expert, investigators say, became a criminal himself.

Arson, a crime whose perpetrators have included lawyers, dentists, millionaires and residents of homeless encampments, has for decades been a concern in California, where about 10% of wildfires every year are set on purpose, according to Cal Fire, the state’s largest fire agency.

With megafires in recent years plaguing California, where forests and scrublands remain extremely desiccated by drought and other effects of climate change, the arsonist’s match is an especially potent threat. And the crime is on the rise: Last year the number of wildland arson fires in California rose by 6%, from 301 to 320.

Over the past two months, three people suspected of arson in Northern California have been considered responsible for fires that burned thousands of acres and destroyed more than 200 homes and businesses. The fires that Maynard is accused of setting were put out before they could destroy any buildings.

“The wildland arsonist is the most dangerous criminal in the world,” said Ed Nordskog, who has spent a career interrogating arsonists in California as an investigator in Los Angeles. “They can burn a whole town down in an hour.”

In late September, the Fawn fire, which investigators say was set by Alexandra Souverneva, a yoga instructor from Silicon Valley and chemistry and biology graduate of the California Institute of Technology, injured three people and burned 185 structures north of Redding.

An official with Cal Fire said that there was “overwhelming evidence” Souverneva intentionally lit the fire and that she might have been responsible for a vegetation fire the day before in the same area, according to court documents. Upon her arrest, the documents said, Souverneva said she had attempted to boil water she feared might be tainted with bear urine.

Earlier that month, the Hopkins fire, which prosecutors say was set by a 20-year-old local resident, burned about 250 acres and destroyed 46 structures in Mendocino County, three hours north of San Francisco. The man, Devin Lamar Johnson, was on probation and now faces three charges of arson.

Although some wildfires in California are ignited by lightning, a vast majority have nonnatural causes — sparks from electrical equipment, the heat of a lawn mower engine or, in the case of one of the state’s largest fires, a man hammering a stake into the ground.

Arson is a particularly challenging problem because it is so hard to prevent. Convicted arsonists in California must register with a statewide database that currently lists 5,318 names, according to Gianni Muschetto, chief of the law enforcement program at Cal Fire.

Some arson experts believe that the coronavirus pandemic has given rise to an increase in arson activity, along with higher rates of homicide, aggravated assault and car thefts.

In California, the number of arson arrests jumped during the pandemic: 120 arson arrests were reported by Cal Fire in 2020 compared with 70 the year before. Arson offenses had been declining nationwide for the past few decades, but FBI numbers show about 13 arson offenses per 100,000 people in 2020, about a 20% increase from the previous year.

Arrests could also be up, experts say, because of increased vigilance by residents at a time of widespread fear of wildfires and the damage they have caused.

Nordskog, who has interviewed more than 300 arsonists in his career, says it is a crime that crosses race and gender lines. The Hollywood portrayal of serial arsonists excited by fire and doing it for a thrill applies to a small subset of arsonists, he said. But more common are people frustrated with their jobs or family life or suffering mental health crises. “Most arsonists are just angry people,” he said.

The case of Maynard, the criminology professor, appears to show both the stresses of the pandemic, links to mental illness and the arduous work of stopping arsonists before they cause irreparable harm. Investigators tracked Maynard’s movements using his food stamp transactions, phone records and a device they attached to his car in the Lumberjacks parking lot.

An itinerant professor who taught at Santa Clara, Chapman and Sonoma State Universities, among others, Maynard had a particular fascination with the 1978 Jonestown massacre in Guyana.

In interviews, former students described Maynard as anxious, troubled and, at times, inappropriate. One said he often taught his classes during the pandemic via Zoom from a darkened bedroom, revealing details about an ailing father, a lawsuit against his former landlord and his battles with his mental health.

Last year, his life appearing to unravel further, Maynard lived in his car, according to court documents. As he traversed Northern California, he sent messages to students that included rantings, as well as links to YouTube videos — meandering footage of trees and mountains — in which he ruminated on the state of the world. He also appeared fascinated by arson.

Heather Williams, a federal public defender who is representing Maynard, said her team was investigating Maynard’s employment history, but she provided no other details about his personal life or a possible interest in fire. “We cannot ethically answer your questions at this time,” she wrote by email.

“Something was off,” said a former student, Vamsita Venna, who took two of Maynard’s classes at Santa Clara University, where he was an adjunct faculty member from September 2019 to December 2020.

Eventually, Venna and others raised concerns with professors; an employee at the university notified the police. Maynard’s contract was not renewed, the school said.

What appears clear is that in the final months of Maynard’s teaching career, the boundary between his academic research and personal fascinations with fire began to blur.

According to court documents, officials first came across Maynard in July when responding to a wildfire on the slopes of Mt. Shasta, about an hour south of the Oregon border. After a mountain biker called to report the fire, an investigator with the U.S. Forest Service found Maynard on a rutted road trying to extricate his car, which had gotten stuck on a boulder.

Agents photographed the car and took note of the patterns of its tire tracks. When the same tracks were found near a second fire that ignited less than 24 hours later, the lead investigator obtained a warrant to track Maynard’s phone. Verizon sent coordinates for the phone’s location every 15 minutes to agents, who closely tracked his movements.

When Maynard traveled to Susanville, they placed the tracker on his car.

On Aug. 3, agents followed Maynard’s movements into the hills. The air was thick with smoke from the Dixie fire, a megafire burning several dozen miles away that experts believe started from electrical equipment.

Maynard drove into a labyrinth of rutted dirt logging roads in the Lassen National Forest and set three additional fires, investigators say. After the third fire he was arrested.

Investigators charged Maynard with setting one fire, and say he is quite likely linked with several others in July and August, all of which were caught before they could cause the devastation that other wildfires have in recent years. He has pleaded not guilty.

The U.S. district attorney who brought the charges against him argued that Maynard was “particularly dangerous, even among arsonists.”

“Where Maynard went, fires started,” Phillip Talbert, the district attorney, said in a court filing. “Not just once, but over and over again.”

Visit The Car Doctor: Is my 12-year-old car worth repairing? 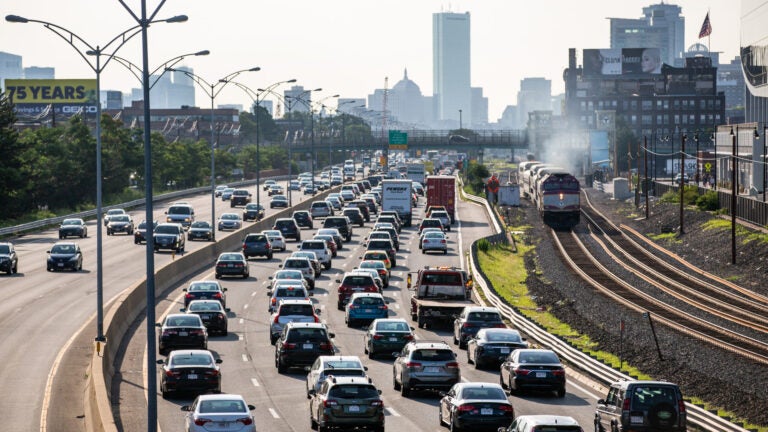