Police have located the 8-week-old pit bull puppy that was reportedly stolen Sunday night from a Dedham home during a robbery.

The puppy was brought to a shelter after being found wandering around the streets of Quincy, before being returned to her family, Dedham police announced Tuesday night.

Officers responded to the reported robbery around 8:20 p.m. on Sunday, according to the department. The resident of the house told police they’d left home for a short period of time and, when they returned, discovered signs of forced entry at their back door.

In addition to the puppy, jewelry, cash, documents, shoes, and a dirt bike were stolen, police said.

Police are asking anyone with information to contact detectives at 781-326-1212. Tips can be provided anonymously, according to the department.

Police are still investigating the incident. 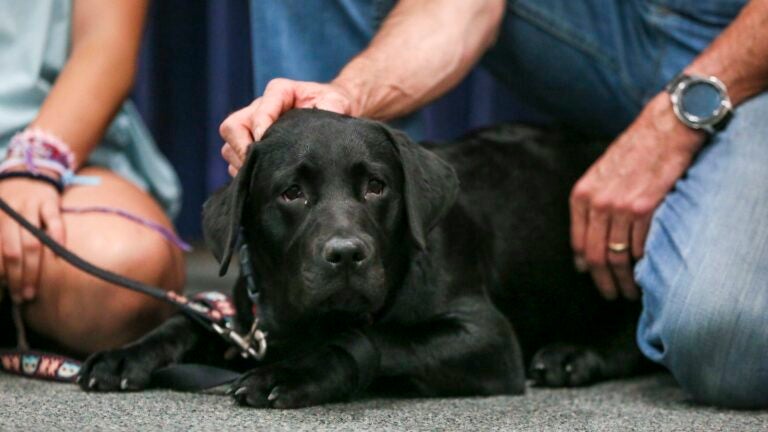