BURLINGTON, Vt. (AP) — A 41-year-old man pleaded not guilty Wednesday to a charge of first degree murder in the shooting death of his wife while the two were visiting Vermont for their first wedding anniversary.

Joseph Ferlazzo told detectives he shot and killed his wife Emily Ferlazzo, 22, inside their vehicle Saturday after arriving in Bolton late Friday, and he later dismembered her body with a handsaw, police said.

Police said there was “a history of domestic violence within the relationship and Emily has been seen with scratches and bruises.”

Joseph Ferlazzo was ordered held without bail pending a hearing. He appeared in court via video conference from the state prison in St. Albans. The plea was entered on Ferlazzo’s behalf by his defense attorney, William Kidney, during the brief arraignment in Vermont Superior Court in Burlington.

An affidavit of probable cause was filed in court Wednesday to support the charge. It said the couple had been living in a converted bus on her parents’ property in New Hampshire. Relatives told investigators the Ferlazzos traveled to Vermont on Friday.

Joseph Ferlazzo told investigators he and his wife argued inside their camper, during which she punched and kicked him. A few minutes later, he retrieved a handgun and shot her twice in the head, according to the affidavit.

On Saturday morning, Joseph Ferlazzo said he took the camper from Bolton to a friend’s house in St. Albans, according to police. About 12 to 15 hours after the shooting, he dismembered Emily Ferlazzo and placed her remains in garbage bags, which stayed in the camper and were found by police.

Police began searching for Emily Ferlazzo on Monday after her family reported her missing.

Joseph Ferlazzo was located by police at a St. Albans convenience store on Tuesday.

The remains were sent to the office of the Vermont Chief Medical Examiner for autopsy. Police also located the weapon believed used in the killing and the saw used to dismember her. 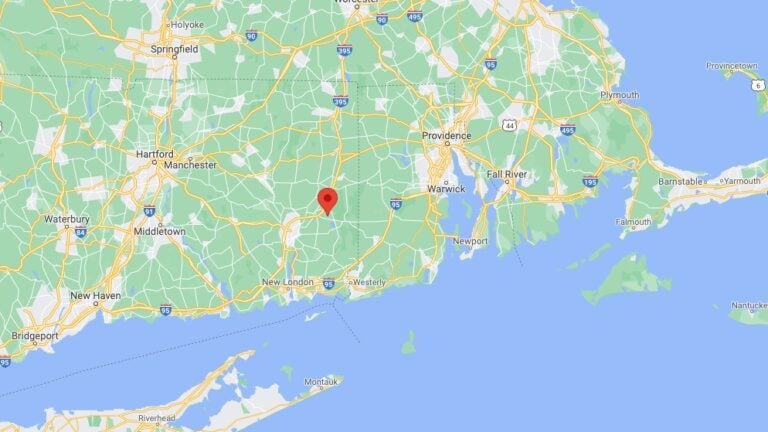 Grandmother arrested in baby's death after mom was charged