NEW ORLEANS (AP) — Irvin Mayfield, the jazz trumpet player who became a symbol of New Orleans resilience after Hurricane Katrina, was sentenced to 18 months in prison Wednesday for steering charity money meant for public libraries to his personal use.

Prosecutors alleged they steered more than $1.3 million from the New Orleans Public Library Foundation to themselves, largely by funneling it through the New Orleans Jazz Orchestra, which Mayfield founded.

Mayfield, allowed to speak before he was sentenced, apologized to the library foundation, its donors and the New Orleans community. He acknowledged the library as a place where he first was able to listen to jazz records as a child. That brought one of several interruptions from U.S District Judge Jay Zainey.

“The very library that got you your start … you ripped off,” Zainey said. At one point, Zainey told Mayfield to turn and address the courtroom, where Mayfield’s supporters and supporters of the library system sat. “I hope you accept my apology. I accept 100% responsibility,” Mayfield told the audience.

Attorneys for the foundation, while not speaking on what kind of sentence Mayfield and Markham should get, said the damage done went beyond the $1.3 million. The scandal, they said, also seriously damaged the foundation’s reputation and fund-raising ability.

Supporters of Mayfield included former New Orleans police chief Eddie Compass. Compass urged that Mayfield be spared prison time so he can continue to care for his disabled mother and an autistic older brother. “He still fixes his brother’s food like he did when he was a little kid,” Compass said.

Defense attorney Claude Kelley said nothing would be gained by sending Mayfield to prison for a non-violent crime. He pointed to Mayfield’s mentoring of young musicians and other community development efforts led by the musician and said Mayfield has “and incredible capacity to really make it right.”

“Book One,” an album by Mayfield and the Jazz Orchestra, won a Grammy in 2010. But the library foundation scandal led to his resignation as artistic director of the orchestra in 2016 while scrutiny of his role with the library grew following investigative reports by WWL-TV.

Mayfield was among musicians who took a high-profile role in promoting New Orleans after levee failures and catastrophic flooding during Hurricane Katrina in 2005. Mayfield’s father died in the floodwaters.

Prosecutors said that in addition to orchestra operating expenses and salaries for Mayfield and Markham, library foundation money went into Mayfield’s personal bank accounts and toward the purchase of a gold-plated trumpet.

Prior to his indictment and guilty plea, Mayfield had outlined grand plans for the city’s libraries in an AP interview in 2008.

“A library is democracy inside four walls, the freedom to information,” he said then. “Jazz is democracy we hear.” 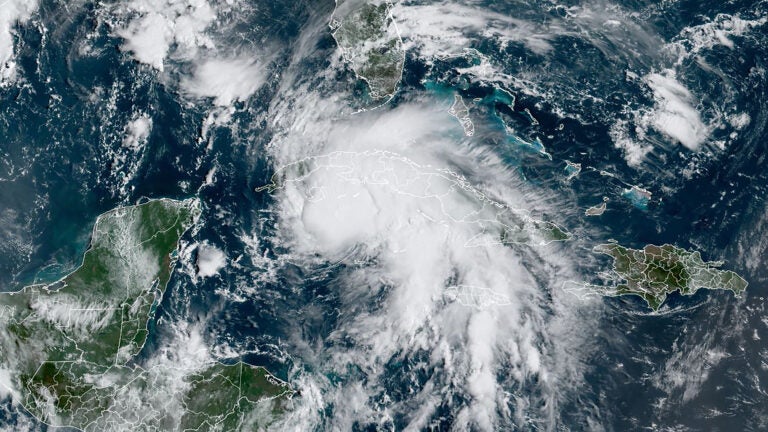 Hurricane Ida: 'The forecast track has it headed straight towards New Orleans'