A Texas real estate agent who bragged after Jan. 6 that as a blonde White woman she would not be going to jail for joining in the assault on the U.S. Capitol by a pro-Trump mob was sentenced Thursday to two months of incarceration.

It was one of the harshest penalties imposed to date on a participant in events at the Capitol who was found guilty only of a petty offense.

“For better or worse, you’ve become one of the faces of January 6,” U.S. District Judge Christopher R. Cooper of D.C. told Jenna Ryan, 50. She gained national attention by defending her conduct at the Capitol in media interviews and on Twitter. Because of that notoriety, Cooper said, people would look to her sentence as evidence of “how our country responded to what happened.”

He continued, “I think the sentence should tell them that we take it seriously, that it was an assault on our democracy . . . and that it should never happen again.”

In sentencing Ryan to 60 days in custody, he cited her apparent lack of remorse for her conduct, as well as her decision to join the mob, not directly from President Donald Trump’s rally that morning but after going back to her hotel and seeing television footage of a mob besieging the Capitol.

Ryan pleaded guilty in August to one count of parading, demonstrating or picketing in the Capitol.

“You’ve been very upfront that you feel no sense of shame or guilt,” Cooper said. “You suggested antifa was somehow involved. And perhaps most famously, you said that because you had blonde hair and white skin, you wouldn’t be going to jail.”

He was referring to a tweet Ryan posted in March saying, “Sorry I have blonde hair white skin a great job a great future and I’m not going to jail. . . . I did nothing wrong.”

In a letter to the court, Ryan said that at the time she “was trying to maintain my dignity to a mob of haters who were harassing me relentlessly by social media, phone and email,” and that conversations with her lawyer led her to believe, mistakenly, that she would receive a probationary sentence.

“I do not feel that I am immune to punishment due to my appearance and social status,” she said. “My true feelings are not always displayed on my public social network. Much of my inner world is kept inside.”

Ryan is being allowed to report in January to serve her sentence.

Leaving court, she told WUSA9 that the message she learned was that “if you tweet, you can go to jail.”

WATCH: Jenna Ryan spoke to @EricFlackTV after her sentencing today. He asked if she had a statement of remorse. She blamed the media for her jail time, and said she should be able to tweet without being “persecuted.” #CapitolRiot pic.twitter.com/RoIyAPsQ2b

In earlier media interviews and tweets, Ryan called the prosecutions a “witch hunt” and said she “did something noble” while suggesting any violence was committed by antifascists or the FBI.

Ryan recorded herself saying she was “going to war” and ready to “storm the Capitol.” She left the building quickly only because she could not stand the tear gas, Rochlin said, and then continued to film others going inside as they shouted, “We will fight to the death!” and “Hang Mike Pence!”

“Even after her own exit, she seems to be encouraging, promoting, endorsing, if you will, the effort of the crowd to push its way in, to force its way in,” Rochlin said. “Even if she did not anticipate such violence, she celebrated it, she broadcast it.”

“It’s clear that you knew this was no ordinary peaceful protest,” he said. “You joined a large group of people who were intent on, in your own words, storming the Capitol.” 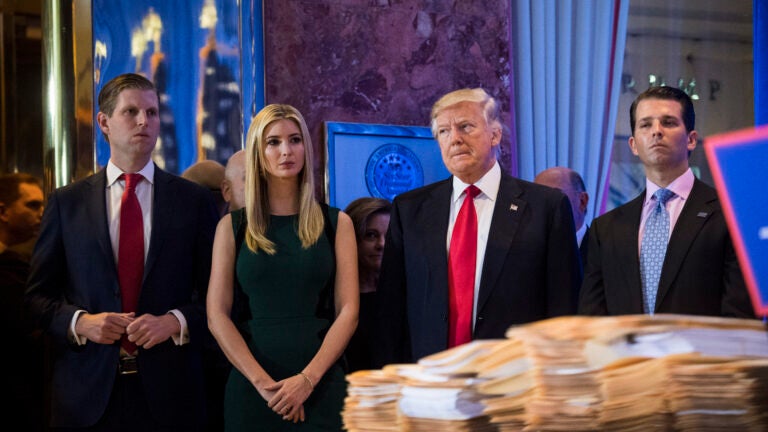