TACOMA, Wash. (AP) — Gunshots rang out at a Washington state mall packed with Black Friday shoppers, seriously wounding one person and panicking hundreds of others who hid inside stores as the mall went into lockdown.

Authorities said the shooting in Tacoma, south of Seattle, was reported just after 7 p.m. at an area near the mall’s food court. The person shot was taken to hospital with serious injuries, Tacoma Police said.

No suspects have been arrested, police said.

After the shots rang out at Tacoma Mall, shoppers sheltered in place or hid inside stores, which immediately went into lockdown.

Fredrick Hoskins was shopping with his daughter inside the mall when he heard gunfire.

The Tacoma Mall is the city’s largest shopping mall, with more than 100 stores. 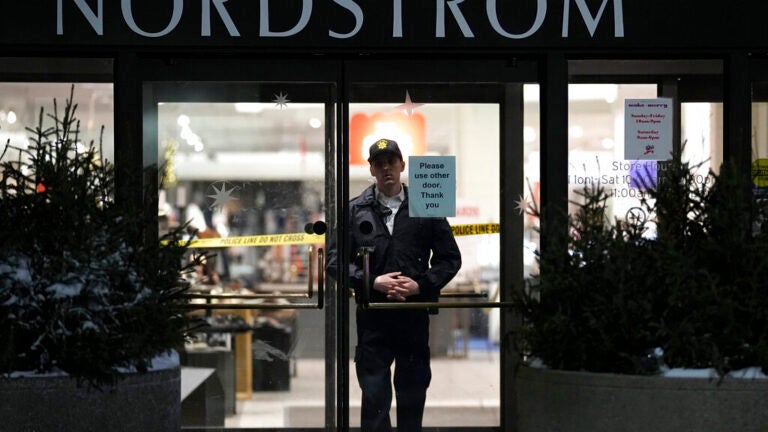 Police: 19-year-old killed in shooting at Mall of America