A 19-year-old Boston man is facing charges after allegedly slamming a stolen 2021 Jeep Wrangler into two police vehicles while attempting to escape authorities Monday night, according to Cambridge Police.

Officers were dispatched by the Cambridge Emergency Communications Center at around 9:17 p.m. to Franklin Street in downtown Cambridge on a report of a stolen vehicle out of Everett.

Kenny Jnleys rear-ended a responding unmarked Cambridge Police Department cruiser and backed into another in an effort to flee the scene, police said.

According to Cambridge Police, there were no injuries to the officers responding to the call, and the cruisers involved in the incident sustained minor to moderate damage.

The suspect was then briefly pursued by car. Jnleys also attempted to flee from the stolen vehicle and ran away from police, they said. The teenager was apprehended by the officers on the scene.

The suspect is being charged with receiving a stolen motor vehicle. Jnleys also has warrants from the Roxbury and Suffolk District Courts for larceny of a motor vehicle, vandalizing property and carrying a firearm with neither a license nor identification.

Police say Jnleys was expected to be arraigned at the Cambridge District Court on Tuesday morning. 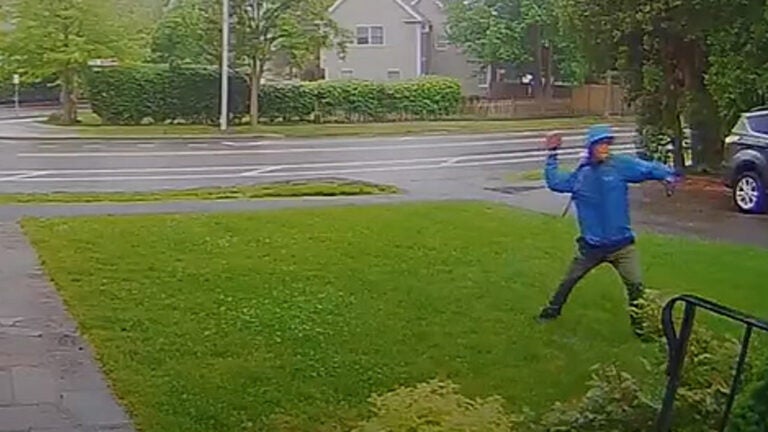