Bianca Rudolph, an American big game hunter, traveled with her husband to Zambia, in southern Africa, in 2016, determined to add a leopard to her trophy collection.

But she never made it home. Bianca Rudolph died of a fatal shotgun blast “straight on the heart” in a remote hunting cabin where the couple had been staying, according to court documents.

Lawrence Rudolph, her husband of 34 years, told investigators that a Browning 12-gauge shotgun went off by accident as she was packing it away. Authorities said their suspicions were aroused when he sought to have her body quickly cremated.

The consular section chief at the United States Embassy in Lusaka, the Zambian capital, “told the FBI he had a bad feeling about the situation, which he thought was moving too quickly,” Donald Peterson, an FBI special agent, wrote in a criminal affidavit that was recently unsealed.

Lawrence Rudolph, a dentist with a practice in Greensburg, Pennsylvania, outside Pittsburgh, collected nearly $4.9 million in life insurance benefits in the months after his wife’s death, which the FBI now says he orchestrated.

Authorities arrested Lawrence Rudolph, 67, in late December and charged him with one count of murder of a U.S. national in a foreign country and one count of mail fraud, according to the newly unsealed court documents.

He pleaded not guilty in federal court in Colorado on January 6 and remains in federal detention, which he is contesting. Lawrence Rudolph maintains that his wife’s death was an accident.

“This is an outrageous prosecution against Dr. Larry Rudolph, a man who loved his wife of 34 years and did not kill her,” David Oscar Markus, a lawyer for Lawrence Rudolph, said in a statement Tuesday.

If convicted on the murder charge, Lawrence Rudolph faces a maximum penalty of life in prison or the death penalty. The mail fraud charge carries a maximum prison sentence of 20 years. A 15-day jury trial is expected to begin February 28.

Investigators said that Lawrence Rudolph was having an extramarital affair at the time of his wife’s death and had made adjustments to the life insurance policies for her that same year.

About three months after Bianca Rudolph’s death, Lawrence Rudolph’s girlfriend moved into the home in Arizona where the Rudolphs had moved a few years earlier, investigators said. The executive director of the community association told the FBI that Lawrence Rudolph and his girlfriend had offered $3.5 million for another home in the same subdivision.

At the time of the shooting, the Rudolphs had traveled to the Kafue National Park in Zambia, an area roughly the size of New Jersey that is popular with safari operators. It is home to an array of wildlife, including leopards, cheetahs, hippos, lions and rare antelopes.

A hunting guide and a game scout told investigators that they rushed to the Rudolphs’ cabin on the morning of October 11, 2016, after hearing a gunshot and found Bianca Rudolph bleeding from the left side of her chest.

Lawrence Rudolph explained that his wife must have discharged the shotgun as she was trying to put it in its case, authorities said at the time. The Zambia Police Service determined that the “firearm was loaded from the previous hunting activities and the normal safety precautions at the time of packing the firearm were not taken into consideration, causing the firearm to accidentally fire,” according to a summary cited in federal court documents.

Based on the gunshot wound, the FBI and U.S. consular officials concluded that Bianca Rudolph had been shot from a distance of 6 1/2 feet to 8 feet. When they tried to reconstruct the shooting, they determined that it was extremely unlikely that she had accidentally pulled the trigger on the shotgun.

The top consular official told an FBI investigator that Lawrence Rudolph had inquired about Zambia’s privacy laws and pushed to have his wife’s body cremated immediately, saying it would be “challenging” to have it flown to the United States. However, Peterson wrote in the affidavit that Lawrence Rudolph “frequently arranged for the transportation of animals hunted on his trip to be transported back to the United States,” a process that he added is often “cumbersome, expensive and time-consuming.”

A little more than two weeks after Bianca Rudolph’s death, a friend of hers contacted an FBI official at the United States Embassy in Pretoria, South Africa, and asked the bureau to investigate the shooting, court documents said. The friend, who was not identified, said it would be highly unlikely that Bianca Rudolph, who was Catholic, would have wanted to be cremated.

Shortly after his wife’s funeral, Lawrence Rudolph bought his girlfriend a plane ticket to fly from Pittsburgh to Arizona, the FBI said. The ticket was later canceled, but he purchased another ticket for an unidentified woman to fly to Las Vegas, where financial records showed that he had paid for a hotel room, according to the affidavit.

Markus, Lawrence Rudolph’s lawyer, declined to answer questions about the state of his client’s marriage to Bianca Rudolph or whether he had remarried. In his statement, he said that Zambian authorities had determined that Bianca Rudolph’s death was an accident, a finding that he said had been corroborated by insurance companies.

“Now, more than five years later, the government is seeking to manufacture a case against this well-respected and law-abiding dentist,” Markus said. “Dr. Rudolph looks forward to his trial, where he will demonstrate his innocence.”

As part of a motion seeking Lawrence Rudolph’s release, two of his adult children signed affidavits saying that they believed him to be innocent and that he did not pose a flight risk. They said that keeping him in custody created a health risk for Lawrence Rudolph, who has a pacemaker. 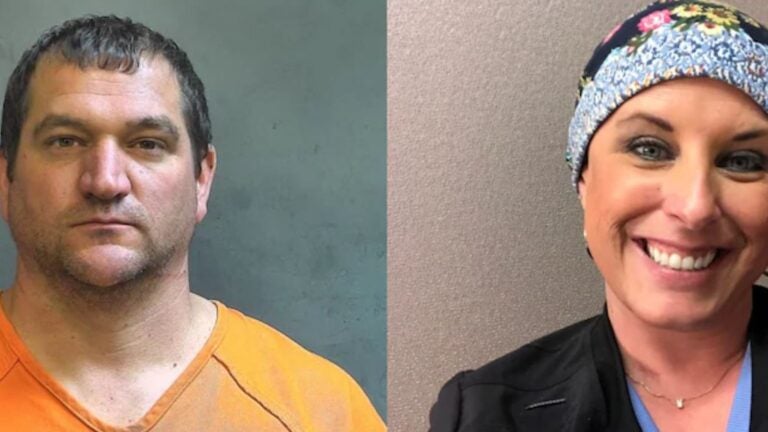