Over a dozen Massachusetts firefighters are taking on chemical company giants, such as 3M and DuPont, for putting PFAS in their firefighting gear and foam when those companies have long known of the dangers of that class of chemicals.

PFAS, or per- and poly-fluoroalkyl substances, have been linked to kidney and testicular cancer, liver disease, high blood pressure, pre-eclampsia during pregnancy, and low infant birth weights, according to the CDC.

PFAS is often found on firefighting gear and non-stick pans because of its high level of heat resistance. They are also known as “forever chemicals” because of their resistance to degradation and tendency to accumulate in the body.

The suit says that the 15 firefighters named in the suit, who serve in Boston, Worcester, Norwood, Brockton, and Fall River, didn’t know of the presence of PFAS in their gear until December 2021 when their blood tests showed high levels of PFAS.

“Defendants knowingly and willfully manufactured, designed, marketed, sold, and distributed chemicals and/or products containing PFAS for use within the State of Massachusetts when they knew, or reasonably should have known, that the Firefighter Plaintiffs would repeatedly inhale, ingest and/or have dermal contact with these harmful compounds during firefighting training exercises and in firefighting emergencies, and that such exposure would threaten the health and welfare of firefighters exposed to these dangerous and hazardous chemicals,” the suit reads.

The suit, which was filed Tuesday in the U.S. District Court in Boston, alleges that DuPont and 3M specifically have conducted their own studies that show the harmful effects of PFAS, and have repeatedly had their own employees call them toxic.

The suit also alleges that 3M and DuPont not only tried to suppress their own findings and independent studies on PFAS, but commissioned studies with the goal of finding that PFAS are safe.

Furthermore, the suit says, the chemical companies did not put any warnings on their products saying that they contained PFAS or explaining the dangers of PFAS exposure.

In a statement to boston.com, 3M said the evidence that PFAS are harmful is not consistent and that it is limited.

It also said that National Fire Protection Association sets criteria standards for gear performance, and that just last August, when given the chance to relax those criteria to allow non-PFAS materials in certain circumstances, they chose not to out of concerns about their performance.

“We will continue to vigorously defend our record of responsible use of PFAS and environmental stewardship in ongoing litigation, including these cases,” 3M said.

The firefighters are asking the court to ignore the normal statute of limitations on product liability cases because of what they say was a deliberate effort by manufacturers to hide the potentially harmful effects of the chemicals that were in their gear.

They are seeking damages, a jury trial, and “any other appropriate injunctive or equitable relief.” 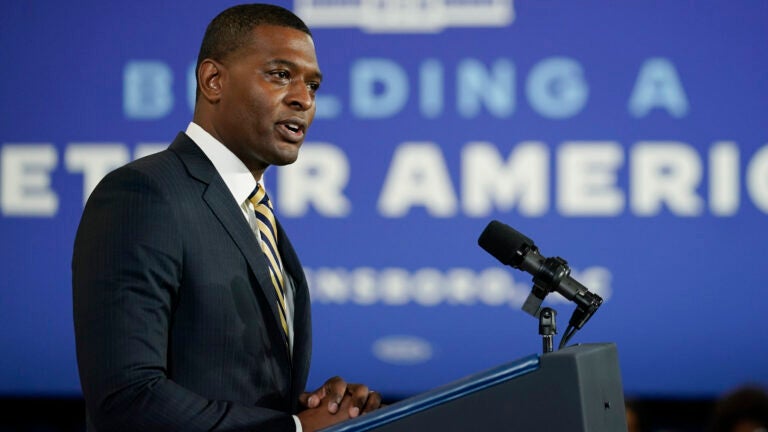