Just over 50 years ago, Natalie Scheublin, 54, was brutally murdered in her Bedford home.

Police followed some leads, and found a fingerprint on Scheublin’s car, which had been stolen and later located by authorities. But the trail went cold.

Tuesday, a Middlesex grand jury returned an indictment for murder against Arthur Louis Massei, now 76, of Salem. He’s accused of allegedly tying up Scheublin, stabbing her multiple times, and then striking her in the head, which authorities say caused her death, according to the Middlesex District Attorney’s Office.

Scheublin’s husband has since passed away, but authorities were able to notify her son and daughter of the indictment, Marian Ryan, Middlesex District Attorney, said during a press conference.

“I’m hopeful that the arrest in this case will provide some closure and sense of justice for Natalie Scheublin’s family, as well as assurance to all in our community who were shocked by this brutal crime,” Bedford Police Chief Ken Fong said during a press conference.

It was back in the early evening of June 10, 1971 that Raymond Scheublin, Natalie’s husband and the president of the Lexington Trust Bank, went home from work and found his wife’s body face down on the basement floor, her ankles tied together and a gag around her neck, according to Ryan.

Police responded and believed Scheublin had only been dead for a little while. An autopsy found that she had sustained stab wounds, and she was also struck in the head by an unidentified object that “caused a massive blunt-force injury to her head,” Ryan said.

“Nothing significant” was taken, but Natalie Scheublin’s car, a blue-and-white 1969 Chevy Impala, was missing.

The day of the homicide, police canvassed the area, they interviewed neighbors, and they also searched for the car. The vehicle was found later that evening, about half a mile from the home near a Veterans’ Affairs hospital.

“Although the car appeared to have been intentionally wiped down to remove fingerprints, police were able to observe and collect several latent prints from it, including one from the passenger-side back window,” Ryan said. “Police at the time followed several leads, but were not able to identify a suspect.”

Then, in 1999, investigators with the state police used what was new technology at the time — the FBI’s Automated Fingerprint Identification System, or AFIS, according to Ryan. Via AFIS, a match was found from one of the prints and Massei was identified as someone to review — it was allegedly his left thumb that matched a print on the car.

In speaking with police, Ryan said Massei denied being in Bedford or knowing of the homicide. Investigators spoke with him again some time later. At that time, he told them he was “solicited by an organized crime associate” to murder the wife of a banker and make it look like a break in, but had turned it down. Ryan stressed that Raymond Scheublin was not involved in any way with his wife’s murder, it was just what Massei allegedly told authorities.

Police continued to pursue leads, reviewed a variety of suspects, and “were meticulous” in noting any leads or tips, Ryan said.

In 2019, Ryan’s office created a cold case unit and began to again focus on this case. During the investigation, police found a woman who allegedly had been involved in schemes to defraud banks during the 1990s with Massei. She reportedly told police that Massei allegedly carried a knife and “bragged” about killing someone with a knife.

This, and other evidence and information, were brought to the grand jury.

There’s no evidence to suggest that the murder was targeted, according to Ryan. She said the case appears to have been a break-in and that the defendant either expected that the Scheublins weren’t home, or Natalie Scheublin returned home at the wrong time.

“In this case, our prosecutors, Massachusetts State Police troopers and Bedford Police detectives pored over old documents and developed information to reach this result,” Ryan said in a press release. “This indictment is the culmination of years of investigative work and I am truly grateful to all of our law enforcement partners who worked tirelessly to ensure that we could get to this day and provide some answers to Natalie’s grieving family.” 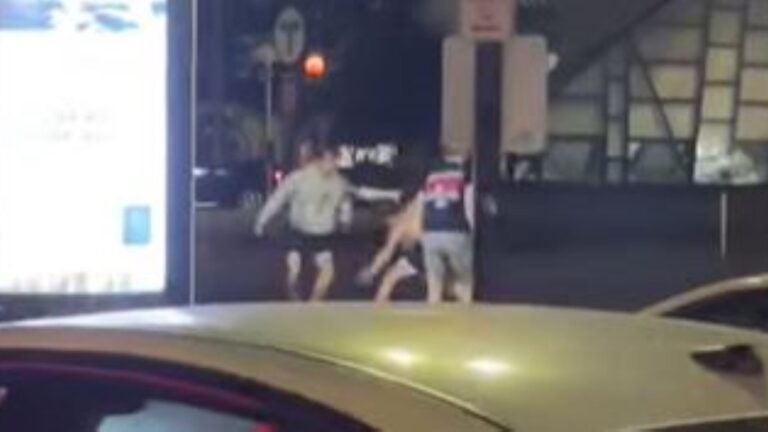