In federal court on Tuesday, activist Monica Cannon-Grant and her husband, Clark Grant, founders of the nonprofit Violence In Boston, both pleaded not guilty to charges alleging they defrauded donors of the organization for personal gain.

Cannon-Grant, 41, and Grant, 38, are also accused of defrauding the government of about $100,000 in unemployment benefits and lying to a mortgage lender — allegations among the 18 counts outlined in an indictment released earlier this month.

The couple appeared at the same virtual arraignment hearing, although each of them were on separate video calls.

Each waived their right to a reading of the lengthy indictment, in which prosecutors allege the couple spent financial donations to the nonprofit on themselves.

Cannon-Grant was arrested on March 15. Grant was initially arrested in October on the unemployment and mortgage fraud charges.

In court Tuesday, Assistant U.S. Attorney Adam Deitch sought to have the matter designated as a “complex case” to allow the government to produce discovery — which he described as a “massive amount” — on an alternative schedule.

Deitch asked prosecutors be granted four weeks to produce the first cache of documents and records.

Respective attorneys for both Cannon-Grant and Grant said they were not yet certain whether they agreed with the “complex” designation.

But neither opposed the four-week discovery period.

“Then perhaps I’d be in a better position to assess the complexity of the discovery in this case,” said Rob Goldstein, Cannon-Grant’s attorney.

Judge Judith Dein set an initial discovery deadline of April 26. The parties will then consult about the schedule moving forward, she said.

During an initial court appearance two weeks ago, Cannon-Grant was released on the conditions that she refrain from applying for any loans, grants, or unemployment benefits, and from working any position — as either an employee or volunteer — that allows her access to an organization’s finances.

On Tuesday, Dein granted a request from prosecutors that Grant, like his wife, also be barred from having access to Violence In Boston’s finances.

The parties are due back in court for a status conference on May 23 at 10 a.m.

Violence In Boston strives to reduce violence and address related trauma while advocating against social injustices, according to its website.

Though established in 2017, the organization — and by extension, Cannon-Grant — has received significant attention since 2020, when the murder of George Floyd by police in Minneapolis bolstered the nation’s racial justice movement.

Material from previous Boston.com articles was used in this report. 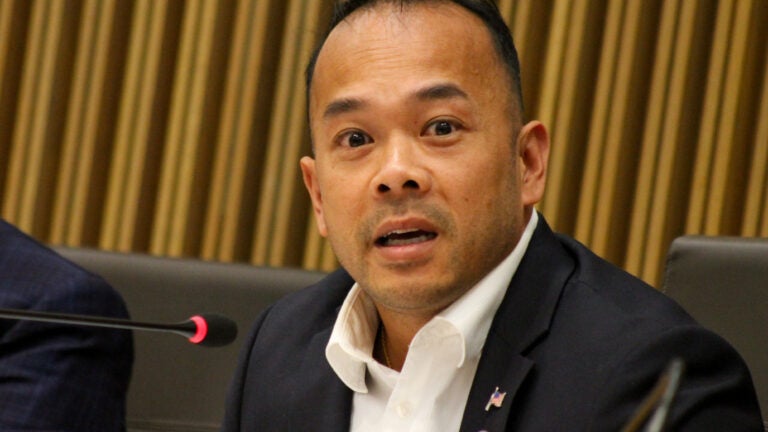