Fernandez was also ordered to pay $198,402 in restitution and forfeiture, according to the statement.

On Jan. 6, officials said Fernandez pleaded guilty to two counts of wire fraud and one count of aggravated identity theft.

As early as 2018, Fernandez, a tax preparer, operated a Salem-based tax preparation business called Soluciones Multi Service, according to the statement.

Through his business, Fernandez used the personal information of certain taxpayers to prepare and file fraudulent federal and state tax returns on their behalf without their knowledge, Rollins said.

A number of these returns included fraudulent W-2 forms, purportedly issued by employers for whom the taxpayer did not work, according to officials.

Various fraudulent refunds were deposited into an account in the name of Soluciones Multi Service, according to the statement.

In addition, a May 2020 fraudulent Economic Income Payment — stimulus authorized by the Coronavirus Aid, Relief, and Economic Security Act (CARES Act) — was deposited into the same account, Rollins said.

Overall, the investigation uncovered approximately 40 fraudulent tax returns associated with Fernandez, totaling over $620,000 in requested refunds, according to the statement.

In addition, Fernandez applied for 10 Economic Injury Disaster Loans (EIDL) from the U.S. Small Business Administration (SBA), either in his own name or in the names of entities he controlled, officials said.

These funds were available to eligible individuals and businesses in connection with the CARES Act.

In June 2020, Fernandez applied for an EIDL under Soluciones Multi Service and submitted a false tax filing in support of the application, according to the statement.

As a result, officials said the SBA deposited $124,900 into a bank account controlled by Fernandez from which he withdrew more than $80,000 in cash over the next two weeks.

In August 2020, Fernandez applied for an EIDL in the name of another business using fraudulent tax filing information, according to the statement.

As a result, officials said the SBA deposited $149,900 into the same bank account.

Anyone with information about allegations of attempted fraud involving COVID-19 can report it by calling the Department of Justice’s National Center for Disaster Fraud (NCDF) Hotline at 866-720-5721 or via the NCDF Web Complaint Form. 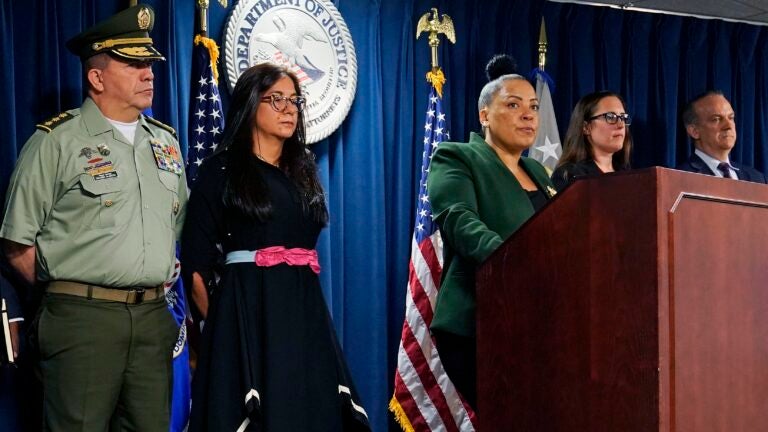