New details have emerged surrounding the death of Anna Moriah Wilson, a rising cycling star who was killed in Texas on May 11. An arrest warrant has been issued for Kaitlin Marie Armstrong, who allegedly shot Wilson while the Vermont native was in Austin for a race.

Officials say that Armstrong learned of the relationship between Strickland and Wilson before she killed Wilson with a 9mm handgun, The Boston Globe reported. As of Sunday, Armstrong is still at large.

Strickland, a well-known cyclist, said in a statement to the Austin American-Statesman that he and Wilson had a romantic relationship from late October through early November of last year. It spanned a week or so, he wrote, and at the time Strickland and Wilson had both just ended other relationships. When Wilson returned home to California, Strickland resumed his relationship with Armstong.

After that, Wilson and Strickland maintained a platonic and professional relationship, running into each other at cycling events and occasionally training together.

“It was not my intention to pursue along an auxiliary romantic relationship that would mislead anyone. Moriah and I were both leaders in this lonely, niche sport of cycling, and I admired her greatly and considered her a close friend. I am deeply grieving her loss,” Strickland said in the statement.

Wilson, known simply as “Mo” to many, grew up in Vermont as a competitive skier. She competed on the Dartmouth team before switching to cycling. Wilson and Strickland specialize in gravel cycling, which combines elements of mountain biking and road cycling.

An online fundraiser set up by Wilson’s family has already raised $53,000. The money will be used to “fund community organizations that help youth find self-confidence, strength, and joy through biking, skiing, and other activities that Moriah was passionate about.”

In an interview conducted before her death, Velonews labeled Wilson “the winningest woman in the American off-road scene.” She was in Texas to compete in Gravel Locos, a 157-mile race in Hico. The 25-year-old was viewed as one of the favorites to win. Wilson’s death came just three days before the race.

Wilson saw Strickland on the night she was killed, the Globe reported. The two met up for a swim and dinner at a local burger restaurant. Strickland dropped Wilson off at the apartment she was staying at with a friend around 8:30 p.m., according to an affidavit obtained by the Globe.

“Hey! Are you out? I went to drop some flowers for [a friend] at her son’s house up north and my phone died,” he wrote.

At 8:37p.m., a black Jeep allegedly belonging to Armstrong pulled up to the apartment Wilson was staying in.

At around 10 p.m., police responded to an emergency call from the apartment. Wilson’s friend had returned home, finding the cyclist bleeding from multiple gunshot wounds, according to a press release.

According to the affidavit, Strickland had lied about his whereabouts to Armstrong that day in an effort to hide the fact that he was seeing Wilson.

Strickland also told police that he purchased two guns between December 2021 and January 2022 for himself and for Armstrong.

After Wilson was killed, officials discovered that Armstrong had an outstanding Class B warrant for her arrest. She was found, brought into custody, and interviewed by detectives. Throughout the interview, Armstrong “was very still and did not move at all.” When police showed Armstrong video footage of her vehicle at the scene, Armstrong offered no explanation as to why it was in the area.

Detectives confronted Armstrong about the relationship between Strickland and Wilson. Armstrong “rolled her eyes in an angry manner,” the affidavit stated.

“I… I’m certain as to what you even mean or what he said because I didn’t have any idea that he saw or even went out with this girl… as of recently,” Armstrong told police, according to the affidavit.

While Armstrong was being interviewed by detectives, they learned that the warrant was in fact not valid and Armstrong was free to leave. This information was relayed to Armstrong, according to the affidavit, who requested to leave.

A friend of Wilson was later contacted by detectives and told them that Strickland and Wilson had an “on again, off again” relationship. Armstrong obtained Wilson’s phone number and contacted her several times, which led to Wilson blocking Armstrong’s number, the friend told detectives.

On May 14, another anonymous caller contacted Austin Police, saying that they were with Armstrong in January, just after she discovered the relationship between Strickland and Wilson. The caller said Armstrong “became furious and was shaking in anger.” Armstrong told the caller that she was so angry that she wanted to kill Wilson, according to the affidavit.

Strickland has fully cooperated with the investigation and told police he has not spoken with Armstrong since May 13. Armstrong’s social media accounts have been deleted, and she has not been seen publicly since that time. 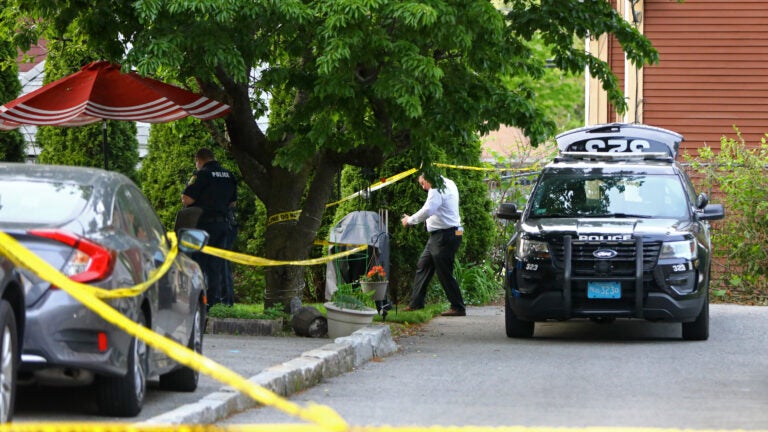