The state Parole Board on Tuesday granted parole to 82-year-old Norman Porter, a convicted killer who escaped from a Massachusetts prison in 1985 and lived under an assumed name in Chicago for 20 years before he was recaptured.

The board said in its decision that Porter, convicted in 1962 of second-degree murder for the 1960 slaying of 22-year-old store clerk Jackie Pigott during a Saugus robbery, is now a “suitable candidate” for parole, citing factors including Porter’s health issues and participation in work, educational, and treatment programs behind bars. The ruling said the board “is of the opinion that Mr. Porter is rehabilitated and merits parole at this time.”

He was convicted of the murder of Pigott, who was shot on Sept. 29, 1960, during a robbery at a Saugus clothing store; and David Robinson Sr., 53, a Middlesex County jail master shot to death in 1961 when Porter and another inmate broke out of the Cambridge jail. Governor Michael Dukakis commuted Porter’s life sentence for the murder of Robinson in 1978. The other inmate was the triggerman in Robinson’s killing. Porter escaped from prison in 1985, and evaded capture until March 2005 in Chicago, where he was found living under the alias of Jacob “J.J.” Jameson and had become known for his poetry. 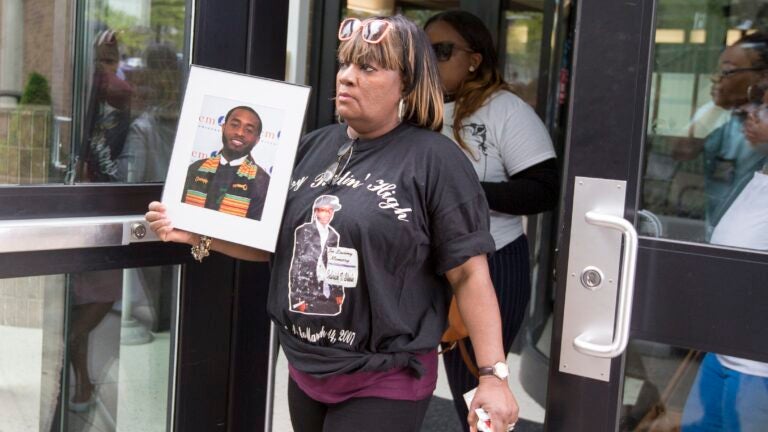