Kaitlin Armstrong, the woman who allegedly killed cycling star and Vermont native Anna Moriah “Mo” Wilson in May, was found by authorities in Costa Rica last month after a 43-day manhunt. Now that Armstrong is in custody and back in the United States, new details are emerging about her flight and the potentially drastic measures she took to hide her appearance.

Officials allege Armstrong shot Wilson to death in an Austin, Texas apartment while the cyclist was in town for a major race. The act was fueled by jealousy over a past relationship that Wilson had with Armstrong’s boyfriend, Colin Strickland, police said.

Armstrong fled Texas, first to the east coast and finally to Costa Rica. While in Central America Armstrong allegedly attempted to forge a new persona, complete with a new name, a new hair color, and perhaps cosmetic surgery.

In Costa Rica, Armstrong went through a variety of aliases, including “Liz” and “Beth” before finally settling on “Ari Martin,” according to The Boston Globe. It was under this name that she took up residence at Don Jon’s Lodge, a hostel in Santa Teresa on the country’s western coast.

By this point, her hair was already cut and dyed. But Armstrong still clung to one aspect of her old life: yoga. She had worked as a yoga instructor in America before Wilson died, and in Costa Rica persuaded the hostel’s owner to let her fill in for some yoga classes when an instructor was needed, the Globe reported.

Police guessed that Armstrong would stay tied to the yoga community in some way, either taking classes or teaching them in her new home, SFGATE reported. After authorities determined she had flown to Costa Rica, local police reportedly found a handwritten login at a yoga studio using the same alias Armstrong allegedly used to flee the states.

While police doggedly pursued her, Armstrong found more work at the hostel, filling in sporadically at the front desk, according to the Globe. But for a few days in June, she disappeared from Don Jon’s without a trace. After apparently ignoring calls from the hostel’s manager, Armstrong returned to the Santa Teresa with a bandage across her nose and discoloration under her eyes. She told others that she had been in a surfing accident.

Authorities finally showed up at the hostel on June 29, demanding that the woman working the front desk hand over identification documents. According to the Globe, she responded with “Puntarenas,” implying that her passport was in the port town of Puntarenas hours away. She was taken into custody there, and driven to San Jose.

For much of the six hour drive, Armstrong reportedly maintained her alias. After arriving in the capital, however, she came clean and told police her true identity.

After Armstrong was arrested, police opened a lockbox attributed to her. Inside, they found a vaccine card and an American passport, both bearing her real name, as well as another passport with a different person’s name, the Globe reported. Alongside these documents was a $6,350 receipt for cosmetic surgery at a facility in San Jose.

“You’ve seen the pictures just like I have,” U.S. Marshal Brandon Filla told the Globe in reference to the differences between Armstrong’s driver’s license photo and her booking photo. “But I will say she had a bandage on her nose with a little bit of discoloration under her eyes. Her statement was that it came from a surfboard incident and, well, I think we’ll leave it at that.”

Armstrong was deported to Houston and booked at Travis County Jail on July 5. Her bond is set at $3.5 million on charges including murder. 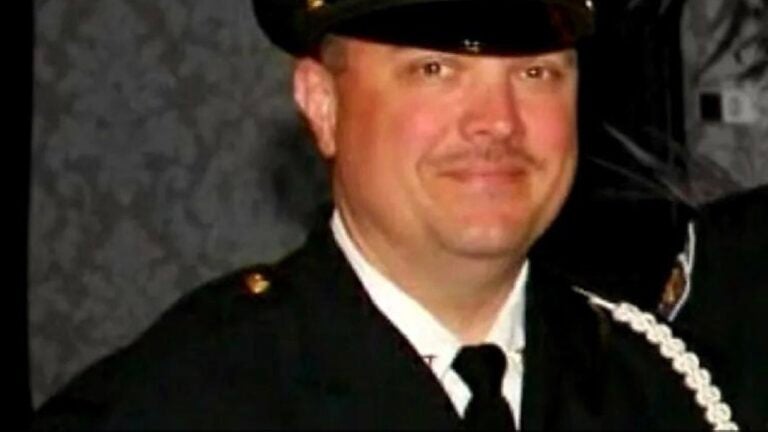