A Boston woman is facing multiple assault charges after she allegedly poured beer on an MBTA bus driver’s head and then spit on and bit Transit Police during her arrest Tuesday evening.

On Tuesday around 10 p.m., Transit Police said they received a radio call to respond to the intersection of Columbia Road and Washington Street in Dorchester for a report of a disorderly group aboard an MBTA bus.

The officers were met by an MBTA bus driver who said a woman had poured what he believed to be beer over his head. Another member of the group had kicked the bus’s door window, leaving a spider web crack as a result, the bus driver told Transit Police.

After getting a detailed description of the two suspects, officers searched the area, Transit Police said. They found the woman, who was later identified as Butler, and a 16-year-old male from Roxbury on Columbia Road.

The teenager was compliant and will be summoned to court for malicious destruction of property, Transit Police said. He was turned over to his guardian.

Transit Police said they were able to positively identify Butler as the female suspect. They then told Butler she was being arrested.

Butler allegedly reacted by resisting all efforts to get her into a police car, and once inside, she attempted to prevent the door from closing. She also allegedly spit in the face of the arresting officer, Transit Police said.

Transit Police said Butler was eventually taken to Transit Police headquarters. While there, Butler became more combative and refused the booking process, allegedly biting an officer and spitting at another. 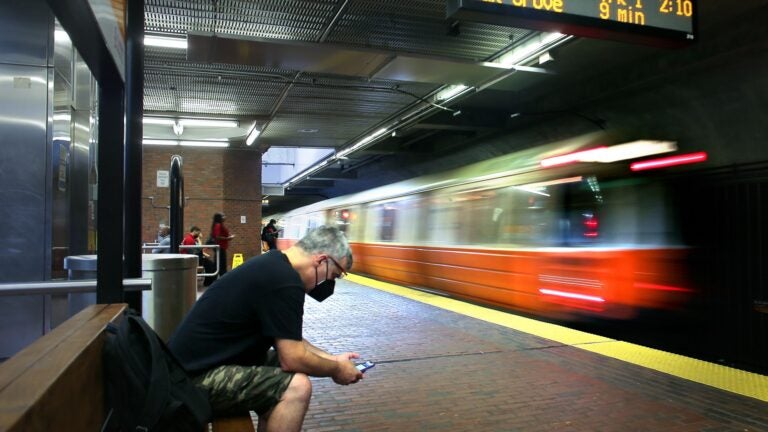