BOSTON (AP) — Boston police arrested a man they say posed as a police officer and attempted to kidnap and rape a woman over the weekend.

Charles Singleton, 51, of Boston, claimed to be a police officer when he offered a ride to a woman he’d met at a social gathering during the early morning hours on Saturday, according to police.

Instead, he drove the woman a short distance, pulled out a gun and ordered her to walk out into a dark field where he groped her and threatened to kill her if she didn’t comply with his instructions, police said.

When the woman began to scream, Singleton assaulted her, took her purse and cell phone and fled.

Officers arriving say they located Singleton near his vehicle and recovered the woman’s personal items as well as a gun equipped with a laser sight that had been discarded nearby.

Singleton was arraigned Monday in Dorchester District Court on a range of charges, including assault with a dangerous weapon, larceny, kidnapping and indecent assault and battery, according to the Suffolk County District Attorney’s office.

Bail was set at $50,000 and he was also ordered to have no contact with the victim, prosecutors said. 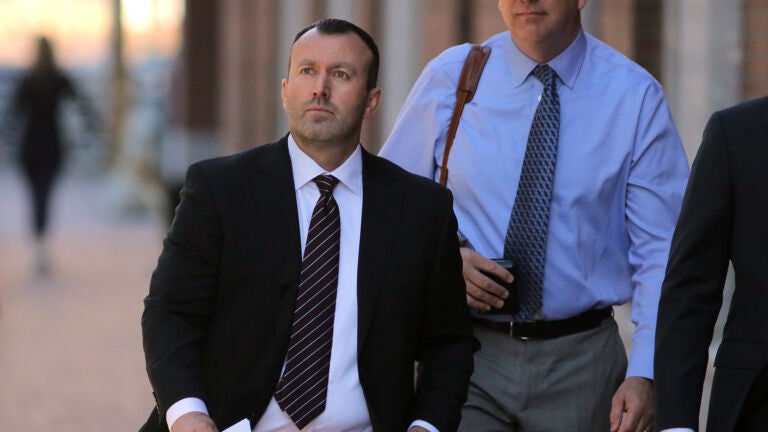