Michael Chick, 39, of Eliot, Maine, was arrested Friday evening in Eliot, officials said. He appeared in a New Hampshire federal court Monday, and he was ordered to remain in custody pending a detention hearing on Aug. 18.

Allegations against Chick involve alleged threats and stalking against an 8-year-old boy attending the Greenland Central School, where Chick drives a school bus. According to a criminal complaint filed in federal court in New Hampshire, Chick gave the boy gifts including two prepaid cell phones in a Pokémon lunch box.

Chick allegedly coerced the boy, referred to only as AC, to lie to his parents about their contact on the phones, the complaint reads. AC’s parents discovered the phones in the lunch box while cleaning his bedroom and reported them to the Greenland Police Department on July 2.

Months earlier, AC’s parents reported Chick to school officials for regularly giving the boy and his sister gifts, as well as inviting himself to AC’s Little League game.

“When the children were absent from school, Mike would leave letters for them at the residence saying how much he misses them,” the complaint reads.

AC’s parents asked the school to switch their son to a different school bus, and Chick was explicitly told by officials that he was not to have any further contact with AC or his family.

They also searched Chick’s residence and his bedroom, as identified by his mother, Judith Chick. Authorities found multiple sexually explicit and threatening notes to AC “containing handwritten instructions on keeping a secret, specifically from parents, teachers, and police officers in order for your family to not be killed.”

Court documents say the notes instructed the recipient, presumably AC, to take pictures of himself in his underwear from different angles on the cell phone, as well as awarded “extra credit” for “video of anything you would consider naughty.” Many of the notes were written on school bus permission slips.

Authorities also found several computer-generated documents on Chick’s devices containing threatening language, such as “You had too many chances. This is not working. We are done [expletive] around. Make this happen now or the kid disappears.”

Chick arrived at AC’s residence at 8 p.m. the same night, and was met by police and homeland security officers. Chick told the investigators that he had placed GPS trackers on each of AC’s parents’ vehicles, among other admissible evidence of stalking, threatening, and harassment of the child. He also admitted that he had been to AC’s home between six and ten times the previous night “just to walk around.”

Greenfield police relayed this information to AC’s family, who were “extremely distraught and fearful for the safety of their family,” the complaint reads. The family did not feel it was safe to stay in their home, and is currently residing in “an alternate location.” 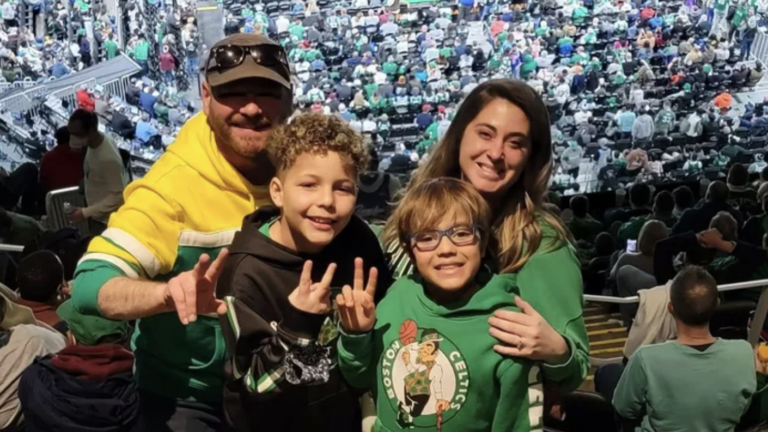