A woman and her two children were struck by an SUV while crossing a street in Peabody Friday afternoon, according to police.

The incident happened around 3 p.m. at 106 Lynn St., near County Street. Peabody police said the two girls, whose ages were not disclosed, were taken to Massachusetts General Hospital to be treated for serious injuries.

Police arrested the driver, Ovidia Lopez-Esteban of Lynn, at the scene for operating a motor vehicle with a suspended license. Investigators said they were working with the district attorney’s office to upgrade those charges, though they didn’t specify the new charges.

Police described it as a “serious motor vehicle accident” that caused a temporary road closure. “The road has been shut down while crews work and an investigation is underway. Please avoid this area and seek an alternative route,” investigators tweeted shortly after the incident.

WCVB reported that a witness saw the driver trying to pass a bus on the right when it struck the two girls in the intersection.

“As she was coming around the bus, a mother and her children were walking across the street to pick up some dry cleaning. She ended up clipping the two little girls, hitting them,” the witness told the outlet.

A person who identified themselves as the girls’ father said on social media that the children would be all right.

Jason Todd commented on the Peabody police’s Facebook post announcing the accident, saying, “I’m the girls’ dad. They will be ok. Thanks to the Peabody Police and those on scene for all the support. Thank you for all the community outreach, love, and prayers. My pride in Peabody is strong today.”

The Peabody Fire Department and state police responded to the scene of the accident with assistance from Atlantic Ambulance. Police said they are still investigating the accident. 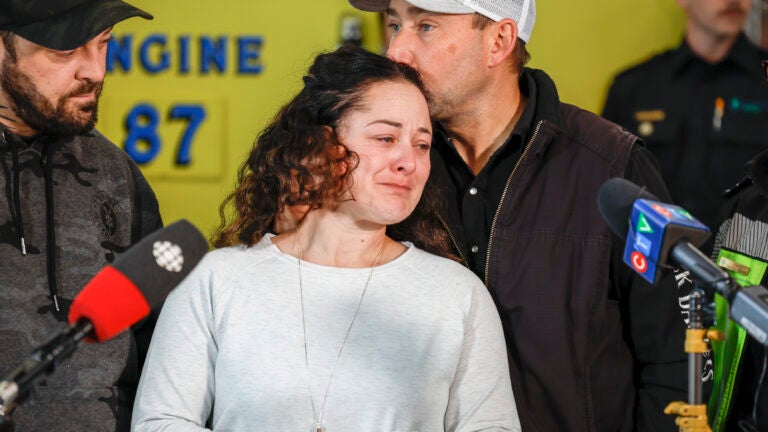 A paramedic fought to save a crash victim, not knowing it was her daughter