Gov. Charlie Baker pardoned four men of convictions ranging from larceny to assault with a dangerous weapon Wednesday. All of the convictions were 30 or more years old.

In 2020, Baker put out criteria people would need to meet to be considered for a pardon. This includes stipulations such as the convict having taken full responsibility for their actions, made full restitution to victims, worked towards self improvement, and contributed to society.

The four men pardoned Wednesday were all unanimously recommended by the state’s Advisory Board of Pardons under these guidelines.

“The ability to grant pardons is a very serious responsibility, but through careful consideration and review, I believe these individuals are worthy candidates for a pardon,” Baker said in a news release.

“All of these individuals have shown a commitment to their communities and rehabilitation since their convictions. However, the charges are related to decades-old convictions that continue to have an impact on their lives.”

The pardons still have to be reviewed by the Governor’s Council before they are official, but it is rare for the council not to approve a governor’s pardons.

Steven Joanis’s crimes were the most serious of the four men who were pardoned. At 17 years old, Joanis was convicted of assault and battery with a dangerous weapon and armed assault in a dwelling. He was convicted in September 1990 in Milford District Court.

According to Joanis, who now lives in Franklin, his girlfriend at the time had previously been held captive and sexually assaulted. When the alleged perpetrator tried to contact her again, Joanis decided to confront him.

Joanis said in court documents that he borrowed a .22 caliber rifle from a friend and went to the man’s apartment. He was confronted by the man and the man’s friend, and one of them pointed a handgun at him. Joanis then revealed his weapon, which had been covered by a paper bag but was not loaded.

One of the men pushed Joanis against the wall, he said, and held him at gunpoint until police arrived.

Joanis pled guilty and was sentenced to six months in prison, a sentence which was later suspended in favor of a year of probation. He completed the probation without issue.

Since his conviction, Joanis has not been convicted of a crime. The two charges he is seeking a pardon for are his only convictions.

Joanis has now been married for nearly 30 years and has four children. He earned a high school diploma, bachelor’s degree from Wentworth Institute of Technology, and an MBA from Babson College.

Joanis has been employed by ENE Systems in Canton for 26 years and is currently their director of engineering. He also worked as a teacher at the Peterson Trade School in Woburn from 2008 to 2021, and has taught intermittently at Roxbury Community College.

Joanis has served in the Civil Air Patrol since 2003, and until 2010, he was an active pilot who did search and rescue missions and aided disaster relief efforts. He also volunteers at My Brother’s Keeper, which gives food and furniture to families in need, and is an active member of the Knights of Columbus.

Joanis said in court documents he wants to be pardoned so that his conviction doesn’t deny him work opportunities when put through background checks. He said he’s also interested in running for political office and being involved in school activities — things he has declined to do for fear of being denied due to his conviction.

In the past, he said, he was denied entry into the Air Force and custody of a foster child due to his conviction.

“As my children get older, this label will continue to damage new chapters of my life. I will be prevented from taking part in the public life of my children to the extent that would otherwise be possible,” Joanis wrote in his pardon petition.

The oldest conviction Gov. Baker pardoned Wednesday was that of Kenneth Dunn. Dunn was convicted of larceny from a building in October 1971 in Lowell District Court at the age of 22 and sentenced to a year of probation.

The conviction stemmed from an incident during which he met friends at a water pump house on Crystal Lake in North Chelmsford. Dunn said in court documents that his friends had broken into the water pump house before he got there and taken out football equipment that they used to play football nearby.

Dunn said police arrived shortly after he did and arrested him and a few others. He said he plead guilty to the crime shortly after because he was told he would be released from jail that day if he did so.

Dunn now lives in Bethlehem, New Hampshire, has one daughter, and has been married to his wife for 45 years. He joined the Navy after high school, served 18 months, and earned an honorable discharge. He worked as a truck driver for most of his life and now works part time for UPS in New Hampshire.

Dunn told the Advisory Board of Pardons he wants to be pardoned so that he can own a gun license again. An avid hunter, he held one for most of his life, but willingly surrendered his license in 2013 when Nashua, New Hampshire, police said he must do so due to his conviction.

The next oldest pardoned conviction was that of Stephen Polignone. He was convicted of larceny and altering a driver’s license in February 1980 in Malden District Court when he was approximately 23 years of age. He was sentenced to one year of probation.

According to court documents, Polignone wrote two fake checks from an account he knew did not have funds to cover. The account was in a fake name. He then used a fake driver’s license to cash the checks.

Polignone’s only other encounter with the criminal justice system was in 1997 when he was charged with possessing alcohol as a minor. He paid court fees for the charge and it was dismissed.

Polignone now lives in Georgetown and has one son. He earned a GED as a teen and worked for the ironworkers union for 25 years before retiring. He said he and his wife regularly hold fundraisers for the local school district and that he used to volunteer for the town’s Conservation Commission.

Polignone said he would like a pardon so that he can get a gun license “for protection of life and property.” He previously had a license that was renewed three times, but in 2008, he tried to buy a gun in Maine and was told he had to surrender it because of his conviction.

Michael Picanso, then 21, was convicted of trespassing, larceny, and wanton destruction of property in August 1986 in Amesbury District Court. He was sentenced to one year of probation, a $100 fine, and restitution. The fine and the restitution were paid in full.

Picanso said in court documents that he was driving through Salisbury, an area which he was unfamiliar with, when he got a flat tire and had no spare tire in his car. As a result, he and his passenger, who he had only just met that night, began walking in search of a phone.

After walking for what seemed like a long time, he said, they came upon a car dealership. The passenger allegedly broke a window and stole a spare tire and a tire iron. On the way back to the car, they ran into a police officer.

Picanso’s only other encounter with the criminal justice system was a disorderly conduct charge that was dismissed. He said in court documents that the charge arose from an incident during which he did not obey a police officer’s direction to stay in his car and talked back to the officer.

Picanso graduated from Greater Lowell Technical High School and pursued a career as a machinist. Court documents say he had a daughter at age 19 and saved her from her mother who was addicted to drugs. He then raised his daughter as a single father.

Picanso now lives in Westford and works for UTC Aerospace. Court documents say that when he’s not working, he volunteers at events put on by his car club and photographs his son’s sports teams.

Picanso told the Advisory Board of Pardons he wants to be pardoned so that he can obtain high-level security clearance that will allow him to advance at UTC Aerospace or at other companies in his industry. He said he’d also like to get a gun license — something he had until 2015 when it wad revoked because of his conviction. 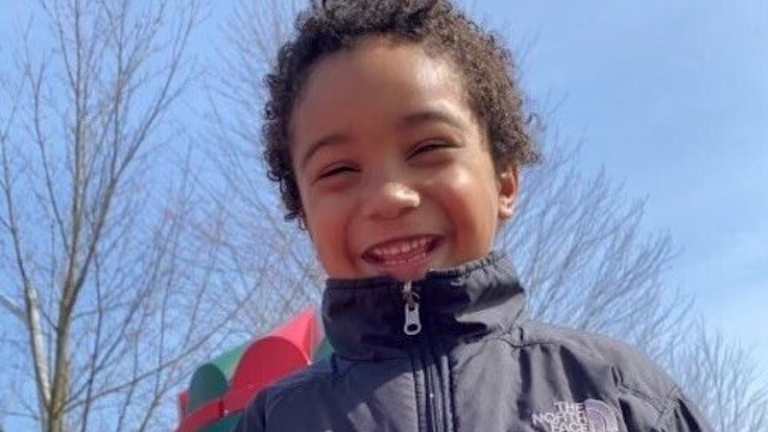