A bizarre picture of an alleged killer has emerged in the days following the arrest of Logan Clegg, a 26-year-old “drifter” who police say killed a New Hampshire couple in April.

According to authorities, Stephen Reid, 67, and 66-year-old Djeswende “Wendy” Reid, of Concord were shot and killed April 18 on a wooded trail near their apartment complex. They were found dead on the trail on April 21.

Police arrested Clegg in Burlington, Vermont, earlier this month on an unrelated fugitive from justice charge out of Utah after police learned he’d bought a one-way ticket to Berlin for Oct. 14.

Concord police charged him with second-degree murder in connection with the deaths of the Reids soon after.

One of the most perplexing aspects of this case is how little police know about Clegg’s background.

The Boston Globe reported that he is from Colville, Washington, a town of less than 5,000 people in the northeast corner of the state near the Canadian border.

While it is unclear how long Clegg spent in Colville, the newspaper had trouble tracking down any family or friends of Clegg’s, or anyone there who knew him at all. It was only able to find residents who knew his extended family.

In 2018, Clegg stabbed a 28-year-old Spokane, Washington, man to death during a fight, the Globe reported.

Clegg told police he was on his way to work at a local McDonald’s when he and a man named Corey Ward got into a verbal altercation, the Globe reported. Clegg told police that Ward punched him, so he stabbed Ward multiple times with a small pocketknife in defense before leaving him bleeding out on the ground.

There were no other witnesses to the incident, the Globe reported, but Ward’s mother told the newspaper that it wasn’t like her son to start a fight.

In the summer of 2020, the Globe reported, Clegg was arrested in Salt Lake City, Utah, for shoplifting at a local Walmart. On his person, police found a loaded .45-caliber handgun that had recently been reported stolen from Al’s Sporting Goods in Logan, Utah.

Less than three weeks later, the Globe reported, Clegg was arrested while trying to escape police. During that arrest, police found another handgun reported stolen from Al’s. They also found nearly $2,300 in cash and lockpicking tools.

Clegg spent four days in jail before being released, the Globe reported, and was sentenced to 36 months of probation in November 2020.

In the summer of 2021, the Globe reported, Clegg flew from Chicago to Lisbon, Portugal, and seemingly stayed in Europe until November 2021 when he flew from Munich, Germany, to Boston.

Clegg then began living in Concord, the Globe reported, where he got a job at a local McDonald’s. His supervisor described him as a loner whom she believed to be homeless.

In Concord, Clegg lived in a padlocked tent near the Alton Woods apartment complex, which is where the Reids lived, the Globe reported. Residents near Alton Woods also told police they had seen “a young homeless man” living in the woods between November 2021 and April 2022.

Based on damage to trees and shell casings found near his campsite, the Globe reported, police think Clegg practiced shooting his guns on the trail system.

Clegg also used a “burner” e-mail account to place two bulk orders of vitamins which he picked up at a nearby Walgreens, the Globe reported.

That same month, the Globe reported, Clegg used a fake Vermont driver’s license to buy a Glock 17 and three boxes of 9mm ammunition at R&L Archery Inc. in Barre, Vermont.

Clegg’s connection to the crime scene

Just before 2:30 p.m. on April 18, Clegg shopped at a nearby Shaw’s before heading back to his camp and passing Alton Woods on the way.

About 20 minutes later, a woman walking her dogs passed the Reids on a trail they frequented that was close to Alton Woods and Clegg’s campsite. Within 10 minutes, she heard a burst of five gunshots.

The Globe reported that the woman continued on the trail and encountered Clegg, who she said stared at her and then into the woods towards the spot where the Reids were eventually found. He passed by the woman silently and she continued her walk.

Police now allege that the Glock 17 Clegg purchased in Vermont matches shells from the crime scene and from his campsite.

How Clegg was caught

Police first encountered Clegg while they were searching for the Reids on April 20. They found him at his campsite and he gave them the alias of “Arthur Kelly.”

He was later dubbed by police as the “Mountain Dew Man” because he had so many cans of soda in his hands that day, The Concord Monitor reported. Police later returned to the campsite on April 22 to find it burned.

While reviewing sale records from Walmart, the Monitor reported, police found 12 purchases where Arthur Kelly paid with five different credit cards. Police traced the cards to a website where a purchase was made under the name Logan Clegg.

When police searched Clegg’s name in the system, they found two mugshots of Clegg that resembled “Arthur Kelly.” On Sept. 14, Clegg’s former boss at the Concord McDonald’s confirmed that the photos were of the person she had hired.

Police didn’t track Clegg down until an Oct. 3 subpoena from Greyhound bus lines showed that an Arthur Kelly had taken a bus from Boston to Albany, New York, and then from Albany to Burlington, Vermont, the Monitor reported.

Around 4:30 p.m. on Oct. 11, police got an email from Homeland Security with the number of a burner phone of Clegg’s, the Monitor reported. They were then able to trace the phone to a hiking loop where Clegg was camping.

The next day, the Monitor reported, police traced the phone to a Price Chopper in Burlington around 9:30 a.m. Police tailed Clegg and arrested him at 1:10 p.m. at the South Burlington Public Library.

Later on, at Clegg’s campsite, the Monitor reported, they found the handgun matching shells from the crime scene and the Concord campsite. They also found an envelope addressed to Arthur Kelly containing a Romanian passport with the name “Claude Zemo” and a photo of Clegg, as well as $7,150 in cash.

In custody, Clegg admitted to living in Concord and working at McDonald’s but denied living in a tent, using the alias Arthur Kelly, interacting with police, having a gun, or being involved in the Reids’ deaths.

Clegg, who waived extradition, was taken to New Hampshire Tuesday and on Wednesday waived his arraignment. He is being held without bail, but reserved his right to have a bail hearing at a later time, the Globe reported.

Prosecutors in Utah have dropped larceny and other charges in light of the more serious charges out of New Hampshire, the Monitor reported.

While Clegg is the only suspect in the killing of the Reids, police have not specified a motive.

The Globe reported that friends and family of the Reids have speculated that their killing may have had something to do with the humanitarian and government work they did all over the world before retirement.

A penchant for international travel is something Clegg and the Reids have in common, but it’s unclear if that had anything to do with their murder.

The Concord Police Department is still investigating the murder of the Reids. 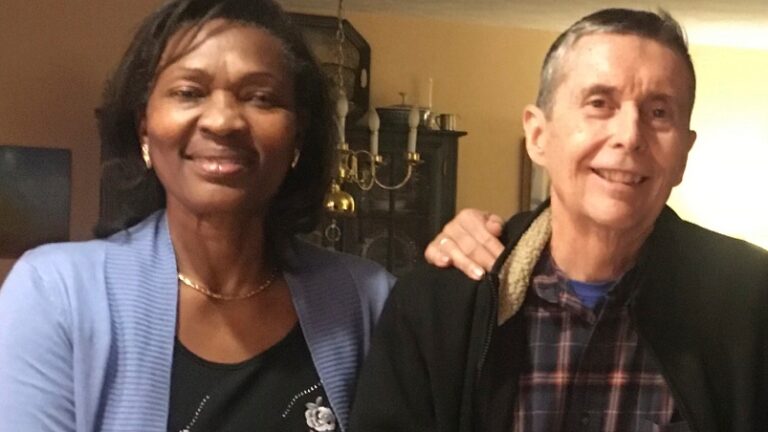