A Webster man with a history of firearm violations was arrested Monday after police allegedly caught him speeding on the Massachusetts Turnpike in Framingham with a loaded pistol in his car.

Massachusetts State Police Trooper Jeffrey Lang said he recorded Robert Cephas, 30, traveling at about 85 miles per hour in his brown Kia Sedan around 10:30 a.m. — approximately 20 miles per hour over the speed limit, State Police said in a statement.

Lang pulled Cephas over near the 119 mile marker in Natick. During the traffic stop, Cephas informed him he did not have a driver’s license with him and provided Lang with his personal information verbally, police said.

In his cruiser, Lang was able to eventually locate a record for Cephas that showed his driver’s license was suspended and that there were multiple felony arrest warrants issued for Cephas, authorities said.

With assistance from additional troopers, Cephas was removed from his car and arrested, officials said.

Before the car was towed from the scene, troopers reported finding a loaded .22-caliber Taurus pistol, police said. Cephas does not possess a license to carry firearms, according to authorities.

With Cephas in police custody, a bail commissioner set bail at $150,000, officials said. 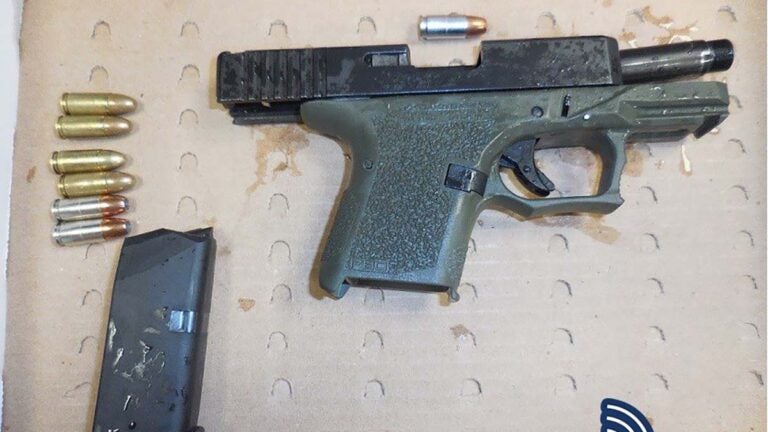